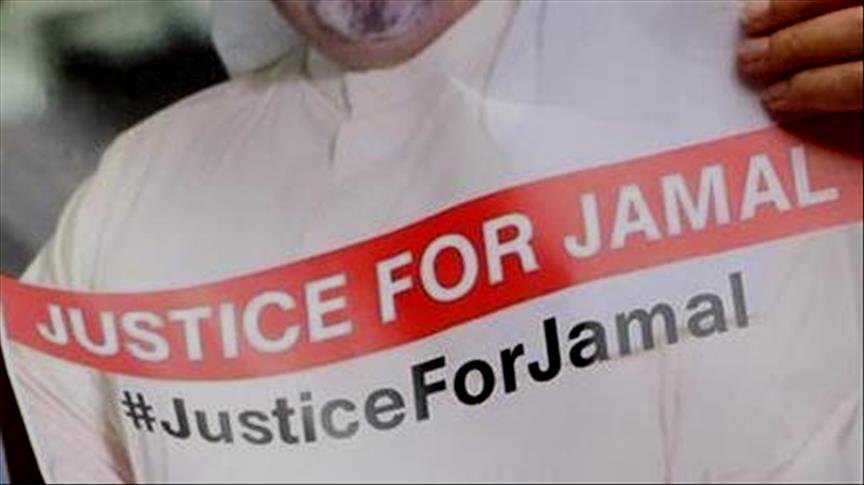 The head of an association representing Turkish and Arab journalists on Saturday demanded justice for journalist Jamal Khashoggi, after Saudi Arabia claimed he died during a brawl inside its consulate in Istanbul.

Khashoggi, a Saudi journalist and columnist for The Washington Post, had gone missing since entering the Saudi Consulate in Istanbul on Oct. 2.

After days of denying to know his whereabouts, Saudi Arabia on Saturday claimed Khashoggi died during a fight inside the consulate.

“We want justice for Jamal. We want murderers of Jamal to pay for it,” said Turan Kislakci, head of the Turkish-Arab Media Association (TAM), in front of the Saudi Consulate in Istanbul.

He said 18 days ago, journalist Khashoggi was brutally killed by “blood-shedders.”

He reminded that the group had announced the killing of Khashoggi on the fourth day of his disappearance.

Kislakci also thanked Turkish President Recep Tayyip Erdogan for managing the process with great devotion and diplomacy, as well as making them feel his support from the beginning.

“We demand a real justice for Jamal. We, the Muslims, do not doubt that King Salman [bin Abdulaziz] has the power to do so,” he said and called on Saudi people to give support to the cause.

Kislakci went on to say that the killing of Khashoggi was going to change the course of the world.

“The oppressive regimes of the Middle East will no longer easily interfere with their citizens and journalists,” he noted.

Meanwhile, the Reporters without Borders (RSF) also called for an international pressure to bring to light on all aspects of the incident.

“After the recognition of Khashoggi’s death, we expect a determined, constant and powerful pressure to be kept on Saudi Arabia in order to get the whole truth on the case and the release of Saudi Arabian journalists that have been condemned to crazy and horrible sentences,” wrote Christophe Deloire, secretary-general of RSF, on Twitter.

On the day of Khashoggi’s disappearance, 15 other Saudis, including several officials, arrived in Istanbul on two planes and visited the consulate while he was still inside, according to Turkish police sources. All of the identified individuals have since left Turkey.

A joint Turkish-Saudi team completed an investigation into the case on Thursday after searching the residence of the consul general as well as the Saudi Consulate in Istanbul.

Islamabad, 10 Oct. 2021 Father of Nuclear and Missiles programs of ...
END_OF_DOCUMENT_TOKEN_TO_BE_REPLACED