Turkey : State of Emergency to be Extended ‘Once Again’ 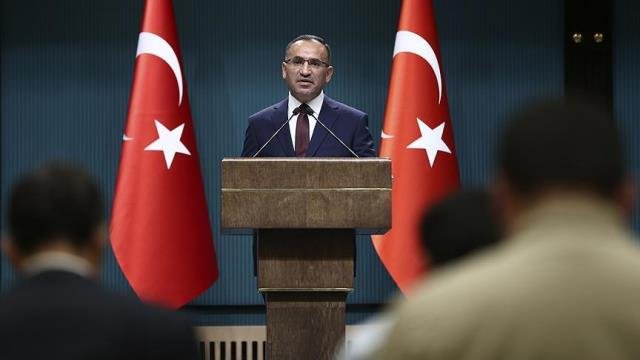 The state of emergency imposed in the wake of the defeated July 2016 coup will be extended again, the government announced Monday.

Briefing reporters on a Cabinet meeting in the capital Ankara, Deputy Prime Minister and government spokesman Bekir Bozdag said: “The state of emergency will be extended once more.” He did not specify a duration, but past extensions have been done for three months.

To enact a state of emergency, subject to parliamentary approval, the government must see serious indications of widespread violence that could interfere with Turkey’s democratic environment or its citizens’ basic rights and freedoms as set by the constitution.

Turkey declared a state of emergency for the first time on July 20, 2016, following a deadly coup attempt by the Fetullah Terrorist Organization (FETO), which martyred 250 people and left 2,200 injured.

In the year-and-a-half since, security forces have arrested thousands suspected of involvement in the coup bid — many through positions in the government and military — and thought to pose a continuing threat.

Bozdag also welcomed Monday’s announcement by the opposition Nationalist Movement Party (MHP) that it would support President Recep Tayyip Erdogan for reelection in 2019, rather than fielding its own candidate.

“We respect this decision,” Bozdag said.

Bozdag said that the ruling Justice and Development (AK) Party’s presidential candidate for the 2019 election is “obviously” Erdogan.

“The emergence of another presidential candidate from the AK Party cadre is out of question,” Bozdag stressed.

Turning to foreign policy, Bozdag reiterated Ankara’s request that Athens extradite to Turkey eight ex-soldiers who fled to Greece the day after the defeated coup.

A Greek court on Monday suspended a grant of asylum given to one of the ex-soldiers, saying it will make a final decision on the fugitive on Feb. 15.

“The suspension is an important decision of course, we welcome this,” Bozdag said.

He said that the extradition of these putschists will contribute to better relations between the two countries.

Turkey has repeatedly called for extradition of the suspected coup-plotters, including during Erdogan’s official visit to Greece last month.

The coup plotter soldiers had arrived in Alexandroupolis (Dedeagac) city of Thrace region in Greece, aboard a stolen military helicopter hours after the defeated coup in July 15, 2016.