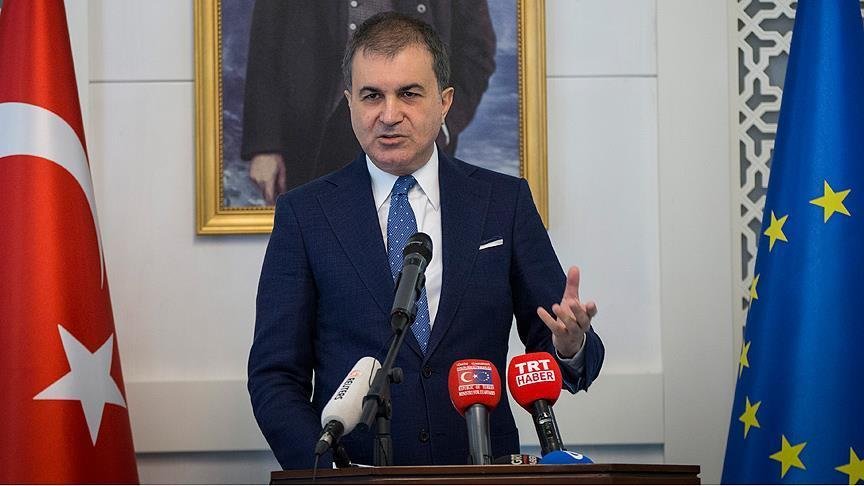 “This is the most striking example of intellectual violence and barbarism. Whoever these people are and whatever they have been doing up till now, they will be written at the beginning of the history of bigotry,” Celik said on Twitter.

“Barbarism is intellectually and politically centered in the modern world,” he said.

Celik drew parallel between the “barbaric and immoral” proposal and the ideology of Daesh terrorist group and said: “They could not tell in a better way that they are the closest ideological relative of Daesh. But this approach, which will be the subject of political psychiatry, reveals how barbarism has risen in the midst of Europe, and how this mentality, at least as dangerous as Daesh, keeps itself behind certain concepts,” he said.

“These are the most dangerous ones; those who conceals themselves behind an intellectual and political image. This is the mentality of those who are so-called anti-violence, but in fact they worship the bigotry and violence. These 300 French are as same as Daesh which infers violence from the humanity’s guide Quran.”

On April 21, 300 prominent French figures, including former President Nicolas Sarkozy and former Prime Minister Manuel Valls signed a manifesto published in the French daily Le Parisien and demanded some parts of the Quran, which they claimed have included violence and anti-semitic references, be removed.