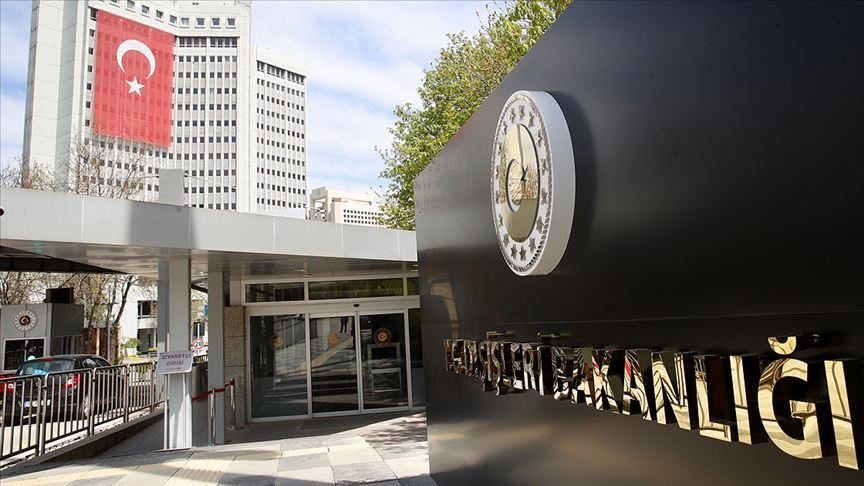 Turkey on Saturday rejected an EU summit’s declaration on the issues of the Aegean, Eastern Mediterranean, and Cyprus, calling it “contrary to the international law.”

The joint declaration from Friday’s South EU summit in Malta reflects the maximalist national positions of the Greek Cypriot Administration and Greece, which are incompatible with both the UN principles for the settlement of the Cyprus issue and the international law, said a Turkish Foreign Ministry statement.

“These statements do not have any value, meaning or effect for us,” the ministry said.

It said the declaration is yet another example of how Greece and the Greek Cypriots abuse their EU membership and some EU countries have become instruments for that.

The statement added that it also “clearly” exposes the reason why the EU and the EU members cannot be regarded as “impartial and reliable actors” within the settlement of the Cyprus issue.

“The reason behind the failure of the settlement of the Cyprus issue for 56 years is the unwillingness of the Greek Cypriots to share the power and wealth,” it said.

“Moreover, they should acknowledge that the Turkish Cypriots have equal rights on the natural resources of the Island,” it added.

The statement also underlined that Turkey’s determination to protect its rights within its continental shelf and the equal rights of the Turkish Cypriots on the hydrocarbon resources of the Island continues as before, and that Turkey have taken necessary steps to this end and will not hesitate to do so.

The 6th South EU Summit was held in Malta on Friday with the participation of France, Italy, Spain, Malta, Portugal, Greece, and the Greek Cypriot administration.

Doha, 24 Sept. 2022 (QE) QatarEnergy announced that it has selected ...
END_OF_DOCUMENT_TOKEN_TO_BE_REPLACED