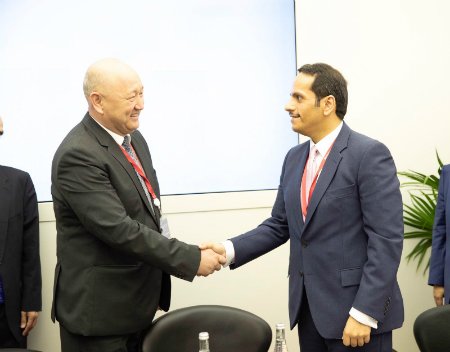 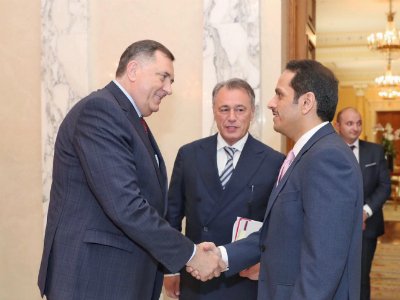 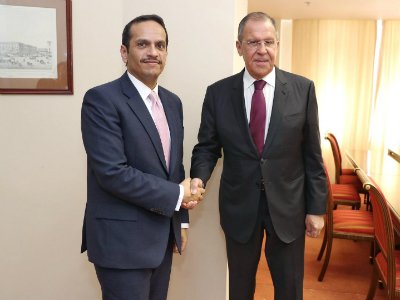 On the sideline of 2019 International Economic Forum being held at St. Petersburg, Russia, Sheikh Mohammed bin Abdulrahman Al-Thani, Deputy Prime Minster and Minister of Foreign Affairs  of State of Qatar met a number of heads of delegates attending the conference.

Among them included Sergei Lavrov, Foreign Minister of Russia, Zhenish Razakov, Vice-Prime Minister of the Kyrgyz Republic, Milorad Dodik , Chairman of the Presidency of Bosnia and Herzegovina.

Sheikh Mohammed bin Abdulrahman Al-Thani, discussed bilateral relations between State of Qatar and the respective countries and means to promote them in addition to a number of topics of mutual interest.