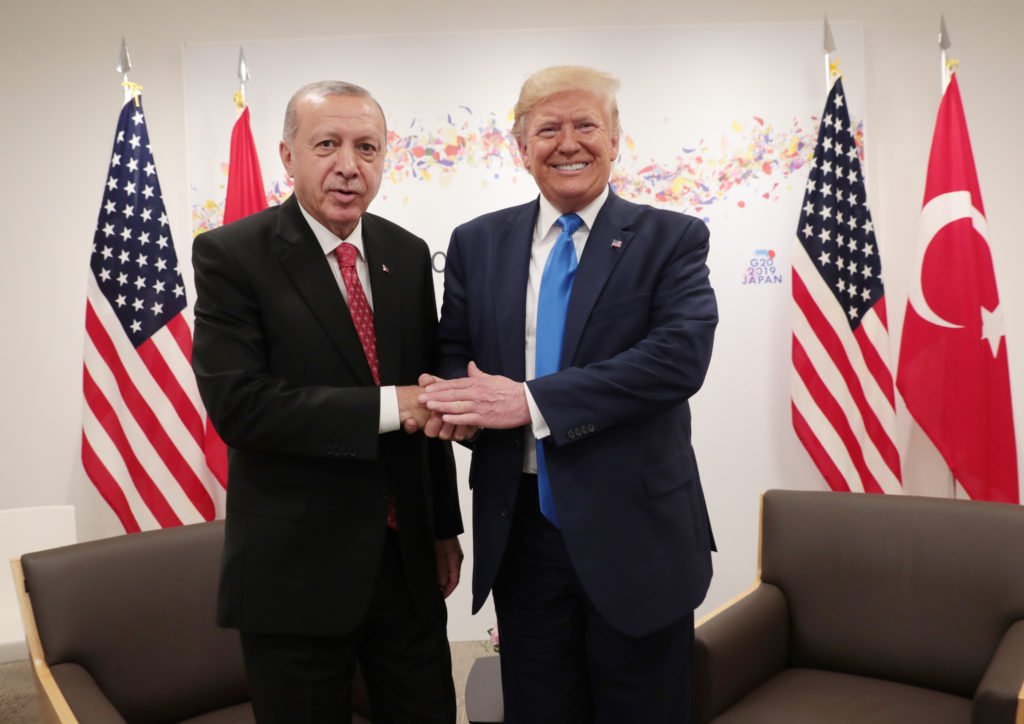 U.S. President Donald Trump in his meeting with Turkish president on Saturday in the sidelines of G20 summit in Japan said that Turkey “was not allowed to buy Patriot missiles by the Obama administration” and his administration is looking at different solutions regarding its purchase of Russia’s S-400 missiles.

“Turkey is a NATO member and was not treated fairly,” Trump said in a joint presser with Turkish President Recep Tayyip Erdogan, referring to the Obama administration’s reluctance to sell Patriots to Turkey in 2013.

When asked about CAATSA or other sanctions against Turkey, Trump first severely criticized the unfair treatment of Turkey by the administration of former President Barack Obama and said “we are looking at it, but it’s [sanctions] a two-way street”.

“They [Obama administration] wouldn’t sell him [Turkish President Erdogan], they wouldn’t let him buy the missile he wanted to buy which is the Patriot. And after he buys something else, they say now we will sell you the Patriot,” Trump said.

Trump said the two countries are “discussing” the S400 issue, something he called a “complicated situation”.

“The president [Erdogan] was not allowed to buy the Patriot missiles, he wanted to do this, but he wasn’t allowed by the Obama administration to buy them until after he made a deal to buy the other missiles. So he buys the other missile and then all of a sudden, they say you can buy our missile. You can’t do business that way, it is not good. It is not good,” said Trump.

He emphasized that his administration is “looking at different solutions”.

“It is a problem. There is no question about it but we are looking at different solutions,” Trump said but expressed his disappointment with the Obama administration again.

“But he was prohibited from buying until he bought something else [S400]. And as soon as he buys something else, everybody says, okay you can buy it [Patriots]. You can’t do business that way. Turkey has been a friend of ours,” Trump said.

“We are doing great things together. We are big trading partners. We are going to be much bigger. I think $75 billion dollars [trade volume between nations] is small. I think it is going to be well over a $100 billion dollars. You can’t treat people that way, like the way Obama administration did,” he said.

He also said he will visit Turkey soon. Asked if it will be in July, he said the date is not set yet.

Trump dodged a question about the extrajudicial killing of journalist Jamal Khashoggi at the Istanbul consulate of the Saudi Kingdom, on alleged orders of Saudi Crown Prince Muhammad bin Salman.

Instead, he said the meetings with the Chinese president were much better than expected.