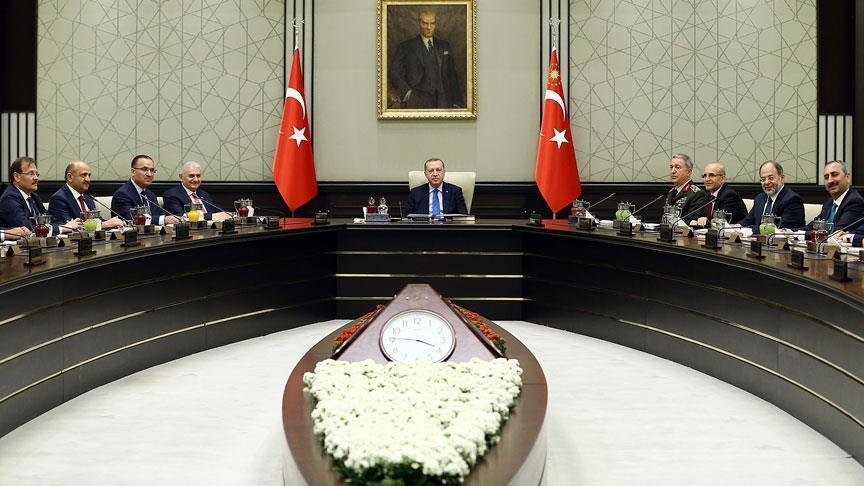 The National Security Council on Tuesday advised an extension of the state of emergency in Turkey.

The council had met under the leadership of President Recep Tayyip Erdogan in capital Ankara, according to a written official statement.

The council statement said the meeting, which lasted for around two hours, said: “In order to maintain the measures on protecting our democracy, principle of state of law, and rights and freedoms of our citizens, it has been decided to advise an extension of the state of emergency.”

Turkey declared a state of emergency for the first time on July 20, 2016, following the defeated coup carried out by the Fetullah Terrorist Organization (FETO).

Ankara accuses FETO of being behind a long-running campaign to overthrow the state through the infiltration of Turkish institutions, particularly the military, police, and judiciary.

The council also touched upon Turkey’s military operations in Syria.

Turkey launched Operation Olive Branch on Jan. 20 to clear the terrorist groups YPG/PKK and Daesh from Afrin, northwestern Syria amid growing threats from the region.

On March 18, Turkish-backed troops liberated Afrin town center, which had been a major hideout for the YPG/PKK since 2012.

About the humanitarian crisis in Syria, the council added it was vital for the international community to act collectively in order to stop the massacres in the war-ravaged country.