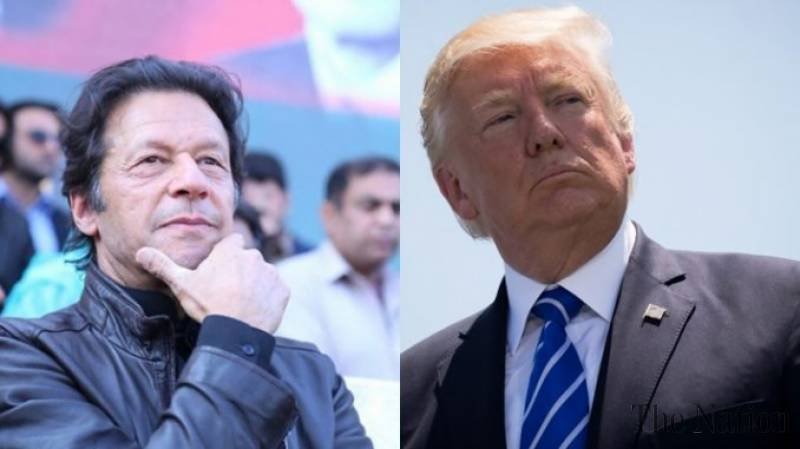 US President Donald Trump on Monday has written a letter to Prime Minister Imran Khan, seeking Pakistan help to bring Taliban leadership on the negotiation table.

According to the media reports, Prime Minister Imran, in a meeting with TV anchors and reporters in Islamabad, informed that he received a letter from the US president earlier today, sought Pakistan’s help in solving Afghan mess.

In the letter, the US president has asked Pakistan to play its role in Afghanistan peace talks which are aimed to end the 17-year invasion of Afghanistan by US troops.

It is pertinent to mention here that on November 19, US President Donald Trump defended his administration’s decision to stop hundreds of millions of dollars in military aid to Pakistan, saying the country does not do “a damn thing” for the US and its government had helped Al-Qaeda leader Osama bin Laden hide near its city.

PM Imran also asked Trump to stop making Pakistan a scapegoat and “do an honest assessment of why, despite 140,000 NATO troops plus 250,000 Afghan troops and reportedly $1 trillion spent on the war in Afghanistan, the Taliban today are stronger than before.”