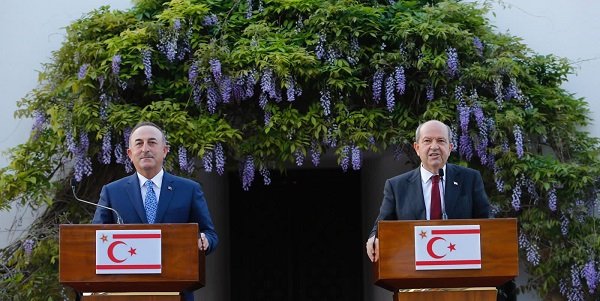 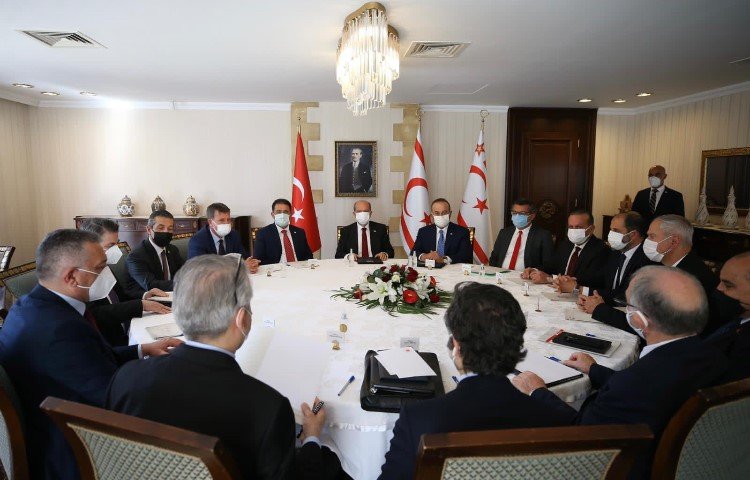 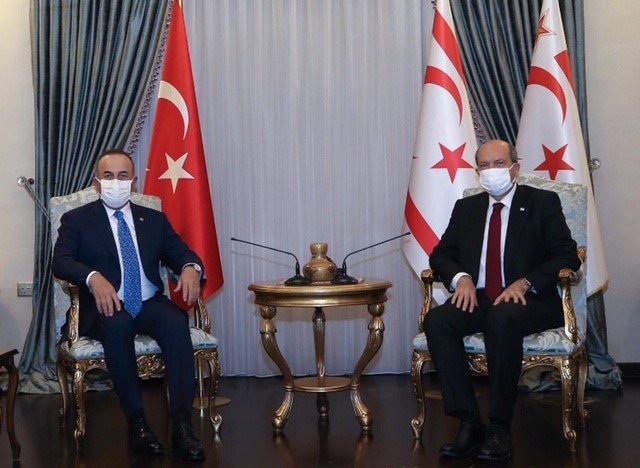 President Turkish Republic of Northern Cyprus (TRNC), Ersin Tatar stated that a new political consensus has been improved with Turkey, a solution is no longer possible on the basis of a federation and noted that there is no hope with this conjuncture and understanding in the framework of an agreement.

President Ersin Tatar was making his remarks at a press conference today in a meeting with visiting Turkish Foreign Minister Mevlüt Çavuşoğlu, both held a joint press conference.

Stating that an agreement might be possible based on sovereign equality, living side by side, separate, sovereign and independent states with cooperation and also permanent, comprehensive and sustainable agreement in Cyprus, President Tatar said that they developed this policy with Turkey in a consensus.

Expressing pleasure for Çavuşoğlu’s visit to the TRNC, Tatar said that the final touch has been done ahead of Geneva and added that new political development in Cyprus has been developed.

Drawing attention to the efforts, devotion, and sacrifice for an agreement on the basis of a federation for years, President Tatar reminded that this meeting process dates back to 1968.

Indicating that the process that started in 1968 between the Founding President Rauf Raif Denktaş and the Greek Cypriot Administration Leader Glafkos Klerides continued until 1974, after the Peace Operation, and the Cyprus Turkish Federated State established, and during the 1977-79 High-Level Agreements continued, Tatar pointed out that  various meetings have been held  on the basis of federalism adding that the negotiation process continued with the events experienced before the Annan Plan and after Annan Plan in recent years and the meetings carried out in Crans Montana in 2017.

Stating that even though the two leaders were sitting at the negotiating table within the framework of the goodwill of the United Nations, President Tatar said that the Greek Cypriot side continued on its way as the Republic of Cyprus when they left the table. President Tatar added: “Unfortunately, we continue on our way in isolation and with restrictions.”

TRNC Foreign Minister, Tahsin Ertuğruloğlu met with Turkish Foreign Minister Mevlüt Çavuşoğlu. In the statements made to the press after the meeting, Ertuğruloğlu said: “Either they will show the courage and stance to open a new page on Cyprus, or they will continue with their determination to continue their unfair policies towards the Turkish Cypriot people, and then it is revealed that the parties standing before us with the demand for agreement in Cyprus is not sincere in agreement”.

Regarding the 5+UN informal Cyprus meeting to be held in Geneva, Ertuğruloğlu reiterated that the meeting in Geneva has only one agenda, and that this is to reveal whether there is a common ground on which the parties can negotiate in the future.