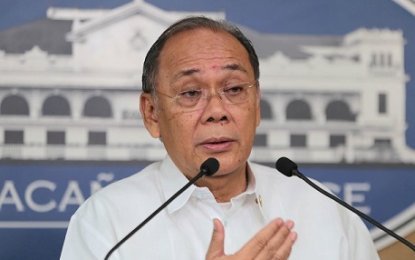 Malacañang on Tuesday hailed the Supreme Court’s affirmation of its earlier decision allowing the burial of the late strongman Ferdinand Marcos at the Libingan ng mga Bayani (LNMB), saying it is now time to unite and move forward towards nation building.

“We acknowledge the decision of the Supreme Court as the final arbiter of all legal questions. We hope the matter on the Marcos burial at the Libingan ng Mga Bayani will finally be laid to rest, and that the country will move forward as one united nation working for a comfortable life for all, law and order, and lasting peace,” Presidential Spokesperson Ernesto Abella said in a statement sent to reporters.

The SC on Tuesday, voting 10-5, upheld its ruling junking petitions against the burial of Marcos at the LNMB, as it junked separate motions for reconsideration (MR) that sought to overturn its decision.

No reason was given for the denial of the reconsideration pleas filed by several petitioners, including former Bayan Muna Rep. Satur Ocampo and Albay Rep. Edcel Lagman.