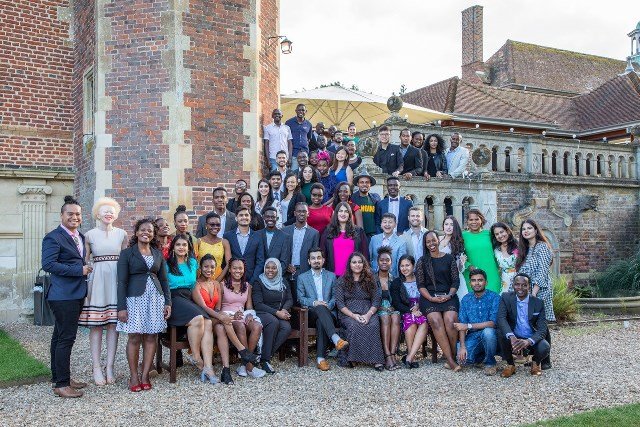 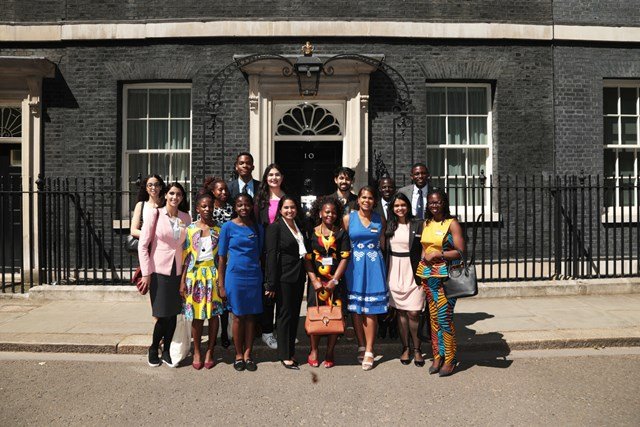 A unique new initiative which recognises that young people have the ability to make a huge impact on their communities, the Programme aims to create new and exciting opportunities for young people, enabling them to reach their full potential, step up as leaders and go on to improve the lives of many others in the Commonwealth.

The life changing Programme has been established by The Queen Elizabeth Diamond Jubilee Trust (the Trust) and run in partnership with Comic Relief and the Royal Commonwealth Society in honour of The Queen’s 60-year
contribution to the Commonwealth.

The Queen’s Young Leader Award recognises and celebrates exceptional people aged 18-29 from across the Commonwealth, who are taking the lead in their communities and using their skills to transform lives. Winners of this prestigious Award will receive a unique package of training, mentoring and networking, including a one-week residential programme in the UK. With this support, Award winners will be expected to continue and develop the amazing work they are already doing in their communities.

Haroon is dedicated to giving children from underprivileged backgrounds the chance of a good education. He is the founder of Orenda, which teaches children in Pakistan the national curriculum through an engaging digital education model. Its mission is to build a dynamic education model to help young children develop. Originally set up as a safe place for children living in slums, Orenda has since expanded to various regions across the country.

Haroon and his team are now teaching around 1,300 children primarily in rural areas of Pakistan, through a specially developed cartoon series, Taleemabad, which is available on mobile phones and cheap computers. Haroon is also encouraging communities and local governments to make improvements to children’s education in their areas. In recognition of the impact of Orenda’s work so far, one local government has invited the organisation to replicate and scale-up its educational model across its district.

Hassan uses art to help educate marginalised young people in Pakistan. He is the founder of Discovering New Artists (DNA), which provides free art education, and primary and secondary education, to students unable to afford school fees. DNA raises money to fund school projects through its initiative, Art for Change, a national child art competition which aims to forge links between young people in privileged and underprivileged communities. Students who can afford to, pay a registration fee to participate in the competition.

Their fees are then used to enable a child from a marginalised background to enter for free. Further proceeds from the competition are used to fund other educational projects run by DNA. To date, 11,500 students have participated in the competition and over 5,000 students have benefitted from donations of art materials. Through DNA, Hassan also supports the construction of libraries in under-resourced schools, and funds various college and university student internship and volunteer.

Mahnoor supports underprivileged people in her community. Her start-up Spread the Word began by partnering with seven schools to provide extra-curricular workshops to students on issues such as bullying, child abuse, mental and physical health. It now has 300 volunteers from all over Pakistan.

Mahnoor has also collected money and books to secure the creation of two libraries in Lahore, and has raised funds to sponsor the education of 24 children from disadvantaged backgrounds who attend one of her partner schools. In addition, she has partnered with an organisation called Khwajasira Support to fundraise for the vocational training of 50 transgender people. At the same time, she has worked with the Barkat Foundation to arrange health camps run by doctors in 15 deprived areas.

In 2014 a search was launched to find exceptional young people to receive the first ever Queen’s Young Leaders Awards. Hundreds of applications flooded in from incredible young people all dedicated to making lasting change in their community and beyond. The Programme is now in its fourth and final year and has formed a unique community of 240 influential change-makers, who represent 53 Commonwealth countries.

Speaking on behalf of the partnership, Sir John Major, Chairman of the Trust said: “We wish to identify and nurture the talent of the younger generation across the Commonwealth. We’re inspired by the belief that one talented individual can be a positive force for good within their communities.

“This programme will celebrate the achievements of these extraordinary individuals and help develop their skills, thus creating a lasting legacy – benefiting the whole of the Commonwealth – to honour the long and successful reign of HM Queen Elizabeth II.”