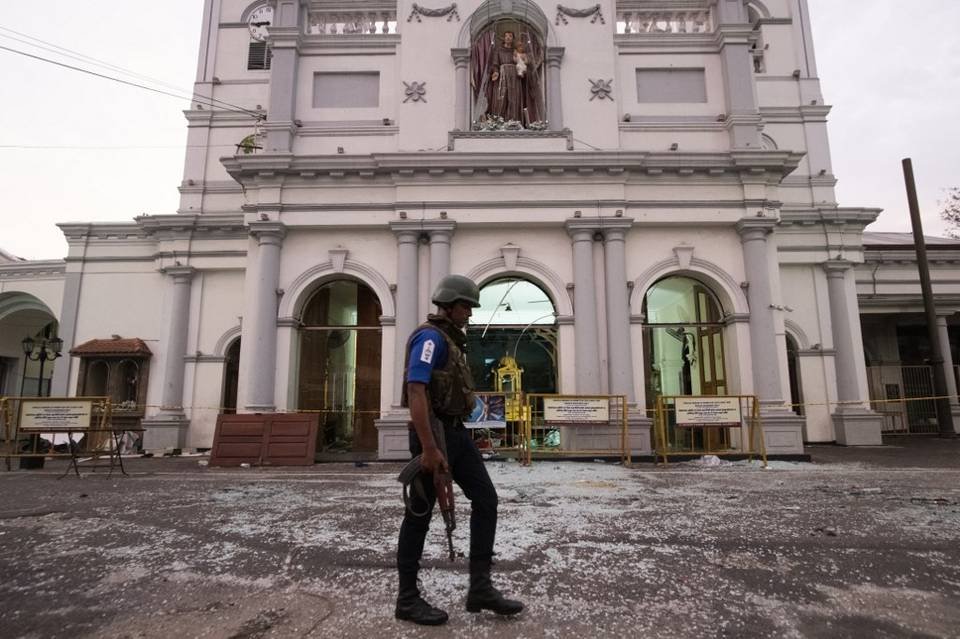 Investigators identified Hashim as the leader of the National Thowheed Jamaath, which they said executed the highly coordinated blasts on Sunday. Over 250 people, including 45 children and 40 foreign nationals, were killed in the deadly explosions. Two days later, the Islamic State claimed responsibility for the attacks and subsequently released an image of eight suspected bombers. The man seen standing at the centre is believed to be Hashim. The other jihadists had covered their faces with a scarf.

Sri Lankan investigators, however, have identified nine suicide bombers, including a woman. “We are looking into the IS angle. We also suspect that some of those radical youth were indoctrinated and trained in India, possibly Tamil Nadu,” the senior official said, on condition of anonymity.

Indian officials would not comment that Hashim travelled to India but pointed to evidence of virtual links he maintained with youth believed to be of Indian origin. More than 100 followers of Hashim’s Facebook page are being investigated, said an official, who asked not to be named. The first hints of Hashim’s doctrinal videos, to likely radicalise youth, emerged when Indian authorities interrogated seven members of a group whose leader, officials found, was a follower of Hashim. The men were IS sympathisers and arrested in September 2018 in Coimbatore, on suspicion that they were plotting the assassination of certain political and religious leaders in India, the official said.

Sri Lankan authorities, who have so far not named any of the nine suicide bombers or suspects officially, on Friday confirmed Hashim was one of the two suicide bombers who carried out the explosions at hotel Shangri-La, on Colombo’s sea-facing Galle Road. He led the radical Islamist group in Kattankudy, in Batticaloa district of Sri Lanka’s Eastern Province, and was known for espousing extremist religious ideas, often to the discomfort of many within the community.

Earlier this week, locals told The Hindu that Zahran had left the town two years ago after a fierce disagreement with the Moulavi (religious scholar) on the practice of Islam. He was absconding since then, community leaders said.

Speaking to local editors and Colombo-based foreign journalists, Mr. Sirisena said a major search operation, including a door-to-door check, was underway. Acknowledging a “serious lapse” in intelligence sharing – despite “a friendly country” providing a “highly descriptive warning” on April 4. He squarely blamed the Defence Secretary and the Inspector General of Police for it. Defence Secretary Hemasiri Fernando resigned on Thursday, although he told Reuters “there had been no failure on his part”.

President Sirisena further said that the planned attack could have been a response to his campaign against illicit drugs. “There is a nexus between international terrorism and international drug trade,” he said.