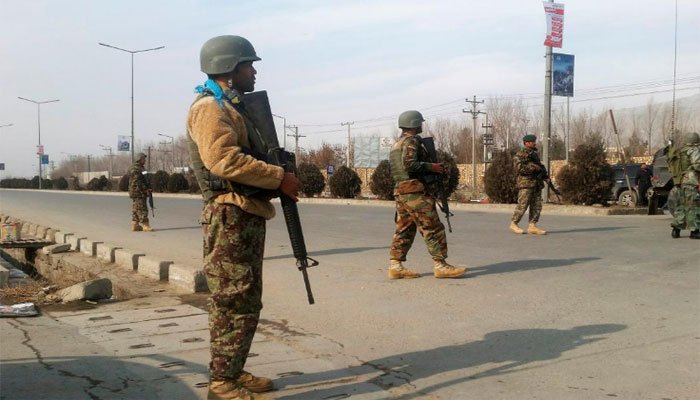 A suicide attack in restive Eastern Afghanistan on Sunday killed at least 14 people and wounded 45, an official said, the second attack in as many days to mar an unprecedented ceasefire.

The explosion happened outside the Nangarhar provincial governor´s office in the capital Jalalabad, his spokesman Attaullah Khogyani told AFP.

It was also close to the Indian consulate.

Khogyani said 14 people had been killed and 45 wounded. An Afghan security source confirmed the suicide attack but gave a lower death toll of at least 10.

There was no immediate claim of responsibility for the blast.

Khogyani said a suicide bomber on foot had targeted Taliban, local elders and civilians as they left the governor´s compound where they had attended a special event for the Eid holiday.

On Saturday, a suicide attack on a gathering of Taliban, security forces and civilians in a district of the same Eastern Province of Nangarhar killed at least 36 people and wounded 65 others, provincial health director Najibullah Kamawal told AFP.