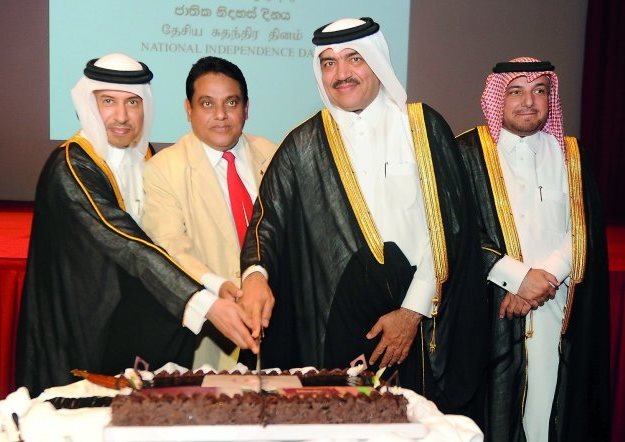 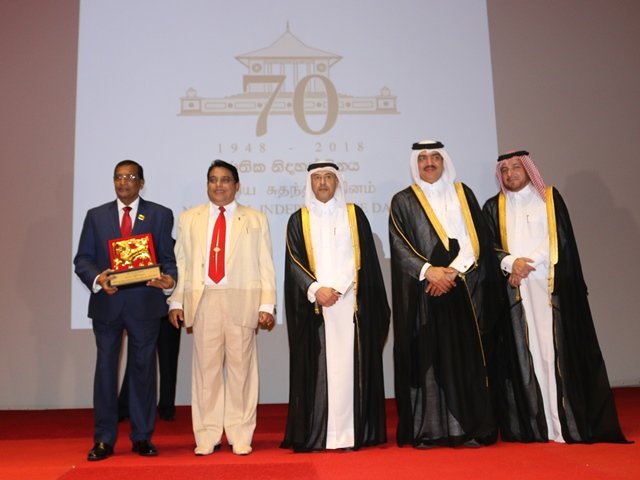 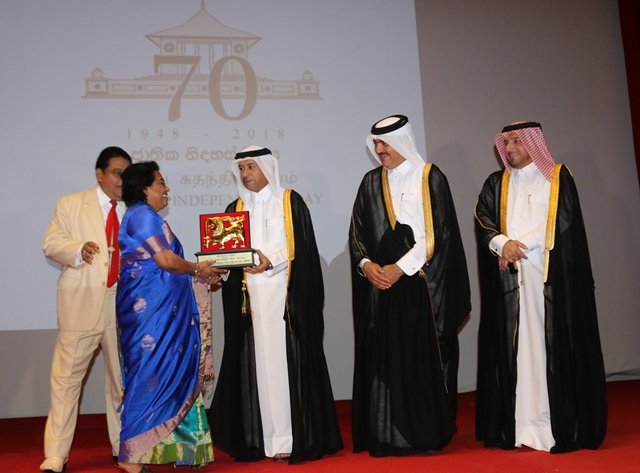 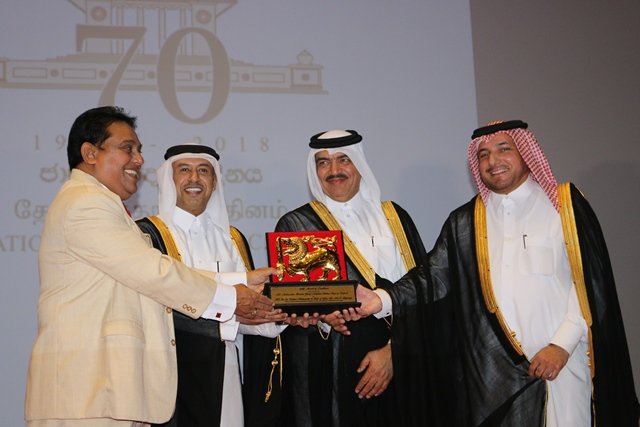 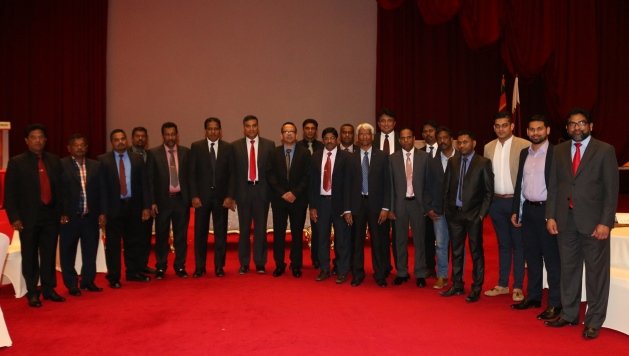 ASP Liyanage, Sri Lankan envoy to State of Qatar has said that both the countries enjoy strong bonds of friendship. He was addressing on the occasion of celebrations of the 70th National Day of Sri Lanka at the Hotel Sheraton Grand Doha at a gala reception hosted by him.

Ambassador Liyanage said that bilateral relations between Qatar and Sri Lanka were further enhanced upon the  recent visit of Sri Lankan President Maithripala Sirisena. He said that seven agreements pertaining to various  areas were signed.  He lauded his government efforts in building ‘excellent int’l cooperation’ in various areas. He lauded bilateral and diplomatic relations between both the countries since 1976.

He paid his gratitude to Emir of State of Qatar for the opportunities given to Sri Lankans to serve in Qatar. He announced that it is his first and last national day reception to hold since he will be going back on a new assignment in Sri Lanka.

On the occasion,  ambassador ASP Liyanage on behalf of government of Sri Lanka presented ‘Award of Excellence’ to ambassador  Ibrahim Yousif Abdullah Fakhroo, Chief of Protocol of Qatar in recognition of his services.

A short documentary on Sri Lanka was shown on the occasion.

A cake cutting ceremony was also held joined by the Chief Guests Ministers of Qatar and Chief of Protocol, Ministry of Foreign Affairs of Qatar.

It is to note that flag hoisting was held on 4th of February celebrating National Day of Qatar. Moreover, a colorful cultural program is also scheduled for 16th of February to be held in Qatar National Convention Center, Doha.

There are around 120,000 Sri Lankan nationals serving in Qatar from senior professionals of various fields to semi and unskilled workers.