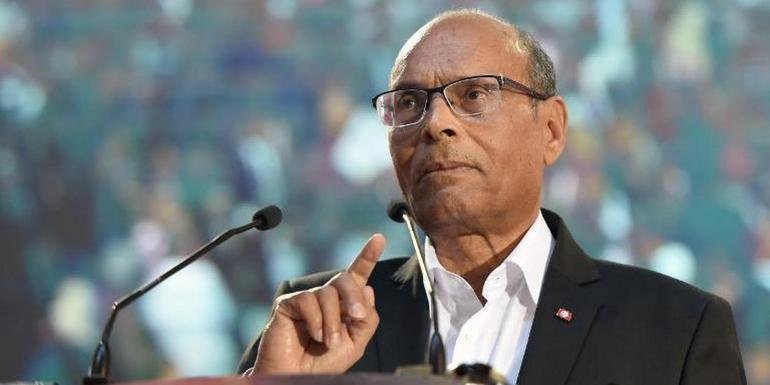 Former Tunisian President Moncef Marzouki believes that besieging Qatar is the last weapon at the disposal of regimes that have been trying for years to limit Qatar’s role and prevent it from being a political player.

In an interview with Qatari daily Al Sharq published on Thursday, Marzouki said those who wanted to isolate Qatar were exposed and have themselves become isolated.

Marzouki said Qatar is on the right side and the whole world supports it and trusts its ability to withstand the crisis, stressing that the Arab peoples sympathize with Qatar and the vast majority of countries, particularly African ones, are on Qatar’s side. He added that the recent African summit rejected Egypt’s request to support the stance of the siege countries.

Qatar has backed Tunisia politically and morally, Marzouki said, pointing to the visits of HH the Emir Sheikh Tamim bin Hamad Al-Thani and HH the Father Emir Sheikh Hamad bin Khalifa Al-Thani to Tunisia. “Qatar has supported us economically and reclaimed our smuggled funds to the Tunisian treasury. Qatar also played a significant role in backing Tunisia’s efforts to restore what the deposed president and his family had stolen.”

Marzouki said Qatar never tried to support a certain government or individual in particular, even after the end of the troika phase and his departure from power, adding that this stance “silenced” all voices regarding the Qatari role.

The former Tunisian president denied that the Muslim Brotherhood is a terrorist group, stressing that despite his “deep ideological and political differences” with them, they are a political movement with no ties to terrorism. He also noted that Hamas is a patriotic resistance movement.

Marzouki said the battle against Qatar won’t be the last, noting that other battles are “on the horizon and no one knows what third or fourth siege will hit any country” where a new Arab political regime rises.

On the future of the Arab world, Marzouki said “we should not be too optimistic about the future because the current damage across the Arab world is only starting, but we also should not be extremely pessimistic.” He added that alternatives are slowly but steadily crystallizing even inside tyrant regimes, stressing that some reasonable voices understand that such “reckless policies” as those deployed against Qatar and Arab spring countries can accelerate the collapse of these regimes.

20 January 2022 By Ashraf Siddiqui More than 7,000 books of different ...
END_OF_DOCUMENT_TOKEN_TO_BE_REPLACED