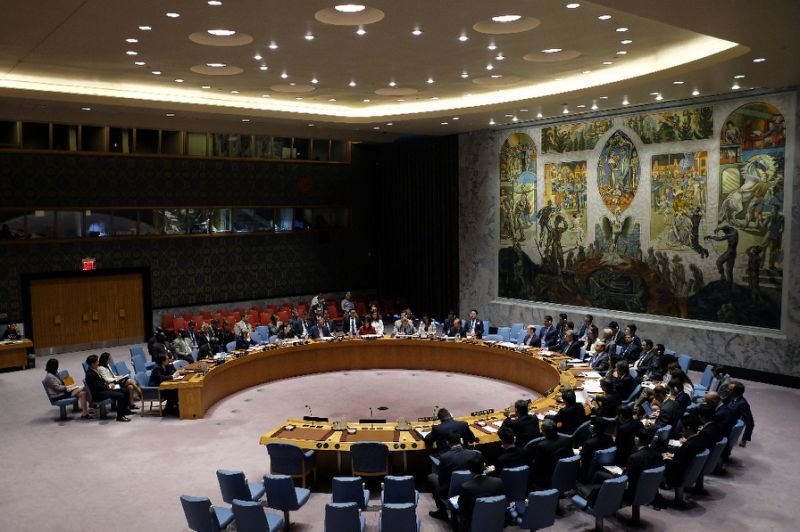 The United States had circulated the statement for adoption by the 15-member council after announcing plans for a new sanctions resolution, but Russia raised objections, UN diplomats said.

The draft statement recalled that the council had agreed to take “further significant measures” in the event of another nuclear test or missile launch and that the top UN body would “begin to work immediately on such measures.”

Russia blocked the measure, arguing that it had not been verified that the launch involved an intercontinental missile, said a council diplomat.

The United States and the United Nations have said the Hwasong-14 launched on Tuesday was of intercontinental range.

The draft statement included a strong condemnation of the launch, setting the stage for a draft resolution on tougher sanctions that the United States said it planned to present in the coming days.

“Any attempts to justify a military solution are inadmissible and will lead to unpredictable consequences for the region,” warned Safronkov.

“In the same manner, attempts to economically strangle North Korea are equally unacceptable, as millions of North Koreans remain in need of humanitarian aid,” he added.

US Ambassador Nikki Haley called the launch “a clear and sharp military escalation” and warned that Washington was ready to use military force “but we prefer not to have to go in that direction.”

U.S. Threatens To Use Military Force Against North Korea After First ICBM Test

The launch, described by leader Kim Jong-Un as a “gift” to Americans as they prepared to celebrate Independence Day, marked a milestone in Pyongyang’s decades-long drive for the capability to threaten the US mainland with a nuclear strike.

20 January 2022 By Ashraf Siddiqui More than 7,000 books of different ...
END_OF_DOCUMENT_TOKEN_TO_BE_REPLACED