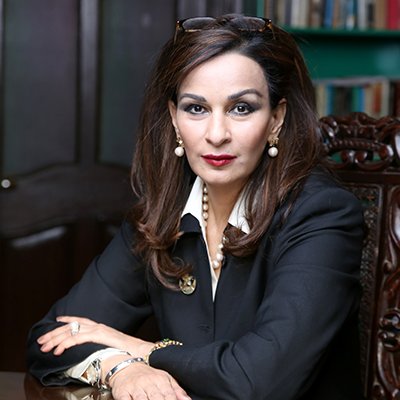 PPP Senator Sherry Rehman has been declared the Leader of the Opposition in the Senate, read a notification issued by the Senate Secretariat on Thursday.

Rehman is the first female in Pakistan to hold the position.

PPP, after getting its candidates elected as Senate chairman and deputy chairman — Sadiq Sanjrani and Saleem Mandviwalla, respectively — has now occupied the office of the opposition leader with the support of 34 members. Rehman is the party’s seventh opposition leader in the Senate.

After being elected, Rehman thanked her party’s leadership and its allies for supporting her. She vowed to cooperate with all opposition parties in Senate going forward and to make the upper house more effective and active.

“We will play our role in making the government answerable,” she said, adding that the opposition will make efforts to strengthen the federation.

The Pakistan Tehreek-i-Insaf (PTI) on Monday had challenged the PPPs move to nominate Senator Rehman for the opposition leader’s position in the upper house of the parliament.

In a letter to Senate Chairman Sanjrani, PTI Senator Azam Khan Swati — himself a nominee for the seat —had contended that the list of members supporting Senator Rehman for the slot of opposition leader contravened the rules and procedures of the house.

The party had accelerated its efforts to thwart the PPP move and met with representatives of the Muttahida Qaumi Movement-Pakistan (MQM-P), senators from the Federally Administered Tribal Areas (Fata) as well as the Jamaat-i-Islami (JI) to seek their support.

While talking to DawnNewsTV earlier in the week, Senator Swati had claimed that the party enjoys support of the majority of opposition members.

Swati, however, secured only 19 votes.

“Election of Sherry Rehman as Leader of the Opposition in the Senate was in line with PPP’s inherited policy of empowerment of women and providing them equal opportunities to play their role in every sphere of life,” he was quoted as saying in a statement.

Last week, the PPP had started lobbying for Senator Rehman after party Chairman Bilawal Bhutto Zardari nominated her for the position.

Bilawal had expressed hope that Rehman would become the first female opposition leader in the Senate, saying, “PPP ready to make history again”.

Earlier, the late Benazir Bhutto had served as leader of the opposition in the National Assembly during the two previous PML-N governments in the 1990s.

Shahrbano Rehman, better known as Sherry Rehman, was born on 21st December 1960 in Karachi. She was educated at Smith College and later at the University of Sussex where she studied Art History and Political Science.

Rehman has served as an MNA and a minister in the centre for various departments including health, women development and information. She has also served as Pakistan’s ambassador to United States in PPP-led government’s recent term.