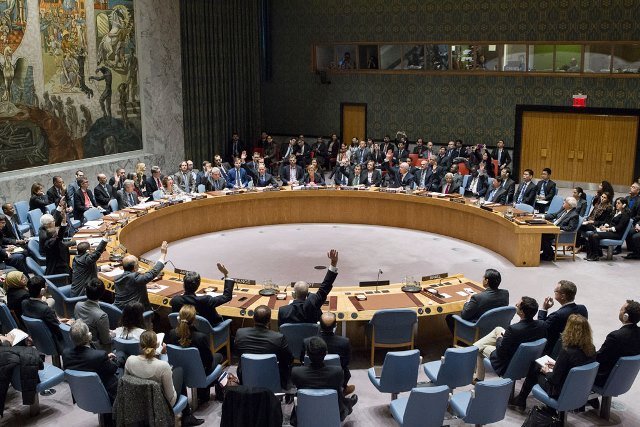 US President-elect Donald Trump reacted and tweeted “As to the U.N., things will be different after Jan. 20th.” However, White House issued a statement saying that there is only one President in US and Barrack Obama is the President till January end.

In an intense flurry of diplomacy that unfolded in the two days before the vote, a senior Israeli official had accused the United States of abandoning the Jewish state with its refusal to block the resolution with a veto.
Danny Danon, Israel’s ambassador in UN ambassador said “It was to be expected that Israel’s greatest ally would act in accordance with the values that we share and that they would have vetoed this disgraceful resolution. I have no doubt that the new US administration and the incoming UN Secretary General will usher in a new era in terms of the UN’s relationship with Israel.”

Earlier at the time of voting, Samantha Power, US ambassador to United nations raised her hand to abstain.
“This resolution reflects trends that will permanent destroy the two state solution if they continue on their current course,” Power said in her a speech before the voting. She said that “Our vote today does not in any way diminish the United States’ steadfast and unparalleled commitment to the security of Israel,”US ambassador Power said.

Palestinians showed their satisfaction and taken as their ‘victory for the people and for the cause, and it opens doors wide for the demand of sanctions on settlements,” said Mustafa Barghouti, a Palestinian leader as quoted by CNN.

It is learned that Egyptian President Abdel Fattah Al-Sisi spoke with Trump by phone about the UN Security Council vote and withdrew from initiating. Later, New Zealand, Malaysia, Senegal and Venezuela stepped in to submit same draft of the resolution.

The resolution demands ‘Israel immediately and completely cease all settlement activities in the occupied Palestinian territory, including East Jerusalem.’ It states that Israeli settlements have ‘No legal validity’ and are ‘dangerously imperiling the viability of the two-state solution’ that would see an independent Palestine alongside Israel.