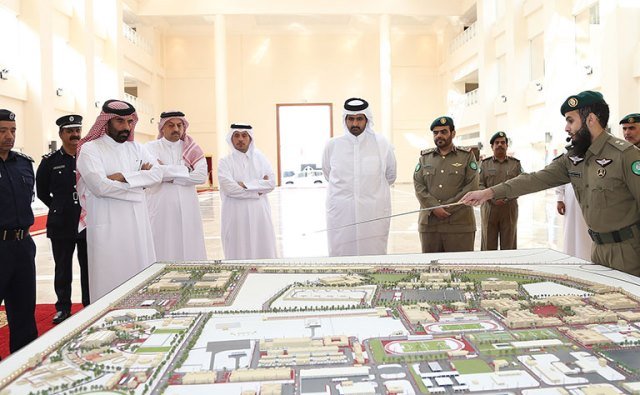 Deputy Emir was briefed on the model of new buildings, facilities and equipment. He was given a presentation on as security and substantive techniques.