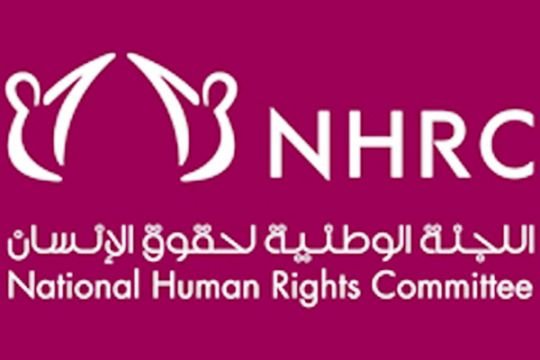 At a time when the National Human Rights Committee and international organizations were hoping that the Saudi authorities would resolve the humanitarian crisis, lift the violations and compensate the victims of the blockade, the Saudi authorities issued a statement broadcasted by the Saudi press agency on September 7, 2019, to mislead public opinion and provide pretexts to justify violations, unilateral sanctions and arbitrary measures, and claim that they have addressed the violations resulting from the blockade.

A statement issued in this regard by National Human Rights Committee of State of Qatar.

The Saudi authorities are once again making an unsuccessful attempt to deceive public opinion and the international community by giving misleading statistics and figures to cover up their violations against citizens and residents of the State of Qatar.

Using policies to conceal the facts will not benefit the Saudi authorities and will not protect them from condemnations and demands to compensate the victims and to stop violating their rights.

Since the beginning of the blockade, the National Human Rights Committee has addressed the relevant human rights bodies in Saudi Arabia with the aim to eliminate the damages affecting the rights of the victims and preventing them from obtaining justice.

However, the NHRC has not received any response. Furthermore, the Saudi authorities did not allow the technical mission of the UN High Commissioner for Human Rights to visit the Saudi Arabia in November 2017 to evaluate the impact of the measures taken on human rights.

In addition, there has been no response from the Saudi authorities to the communications addressed to Saudi Arabia from the UN special rapporteurs and international organizations.

Moreover, the report submitted by the Special Rapporteur on the negative impact of the unilateral coercive measures on the enjoyment of human rights to the 42nd session of the Human Rights Council held from 9 to 27 September 2019, affirmed in paragraph 38 that “The restrictive measures imposed by various Gulf countries on Qatar remain in force.”

From this perspective, The National Human Rights Committee affirms that it shall continue to provide these organizations with all the required data and documents. On the other hand, the Saudi authorities should take the following actions, if their claims are founded:

to allow the UN-OHCHR technical mission to visit Saudi Arabia to evaluate the impact of violations resulting from coercive measures taken.

to approve the establishment of a fact-finding committee by the Human Rights Council to visit Saudi Arabia to establish the facts and circumstances surrounding the human rights violations resulting from the blockade.

From this rostrum, The NHRC notes that respect for human rights should begin with the recognition of the role of international protection and accountability mechanisms, rather than simply claiming through statements to decisive and mislead international opinion.

Doha, 24 Sept. 2022 (QE) QatarEnergy announced that it has selected ...
END_OF_DOCUMENT_TOKEN_TO_BE_REPLACED