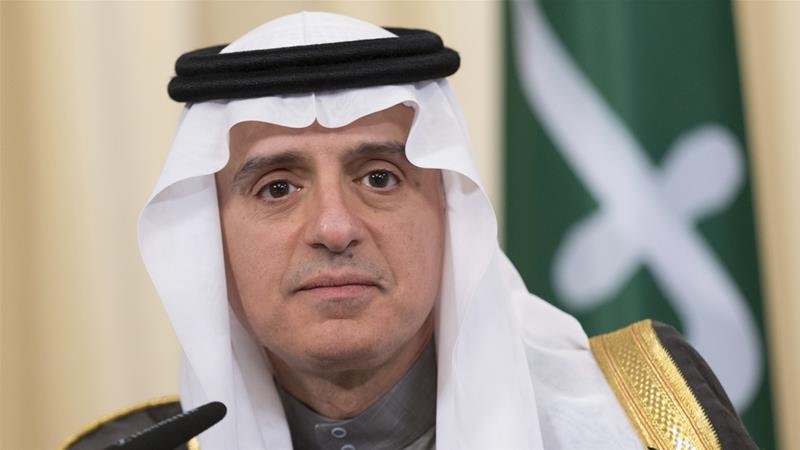 Saudi Arabia’s foreign minister said on Friday that a list of “grievances” involving Qatar was being drawn up and would be presented to Doha shortly.

Speaking to journalists in Britain’s capital, London, on Friday, Adel al-Jubeir called on Qatar to respond to what he claimed were international and regional calls for it to halt its support for “extremism and terrorism.”

“I would not call them demands. I would say it is a list of grievances that need to be addressed and that the Qataris need to fix,” he said.

Jubeir did not detail what complaints could be made, but added that they will be presented “very soon”.

They later issued a list of 59 people and 12 groups with links to Qatar, alleging that they have ties to “terrorism”.

The list included several high-profile Qatari charities that carry out life-saving work across the Middle East and elsewhere, including in Syria, Yemen, Sudan and Palestine.

The Qatari government has repeatedly rejected the allegations of supporting individuals and groups blacklisted as “terrorists” as “baseless”.

It said that it has been leading the region in attacking what it called the roots of “terrorism” by giving young people hope through jobs, educating hundreds of thousands of Syrian refugees and funding community programmes to challenge the agendas of armed groups.

The Saudi-led bloc of nations also cut off sea and air links with Qatar, and ordered Qatari nationals to leave their countries with 14 days. They also urged their citizens to return to their respective nations, disrupting the lives of thousands in the region and restricting their freedom of movement.

In his remarks from London, Jubeir said there was no intention of harming the Qatari people and called Doha an “ally” in the six-nation Gulf Cooperation Council (GCC).

Saad Djebbar, an international lawyer based in London, told Al Jazeera that Jubeir’s comments exposed the regional ambitions of the four countries leading the blockade against Qatar.

“If there were any underlying grievances – that’s when you start the embargo. What this shows is that the Saudis, Emiratis, Bahrainis and Egyptians … they have no list – they just wanted to engage in a venture against Qatar,” he said.

“This embargo eclipses the one against Libya’s [ex-ruler Muamar] Gaddafi following the Pan-Am airlines bombing – that embargo only afflicted air flights, not the seas and vessels or territorial borders,” he added.

“In fact, Qatar should provide a list of the material, financial and commercial damage caused by the embargo on them.”

Qatar imported the vast majority of its food from its Arab Gulf neighbours before the diplomatic shutdown, but has been talking with Iran and Turkey to secure food and water supplies since the crisis broke out.