Rockets Hit Near Kabul Presidential Palace, NATO Compound and US Embassy, No Casualty 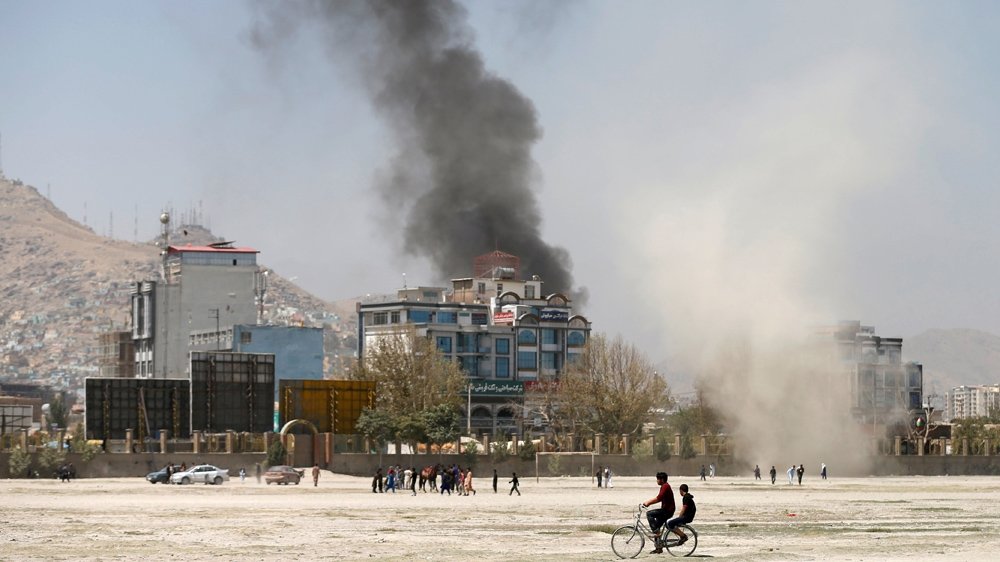 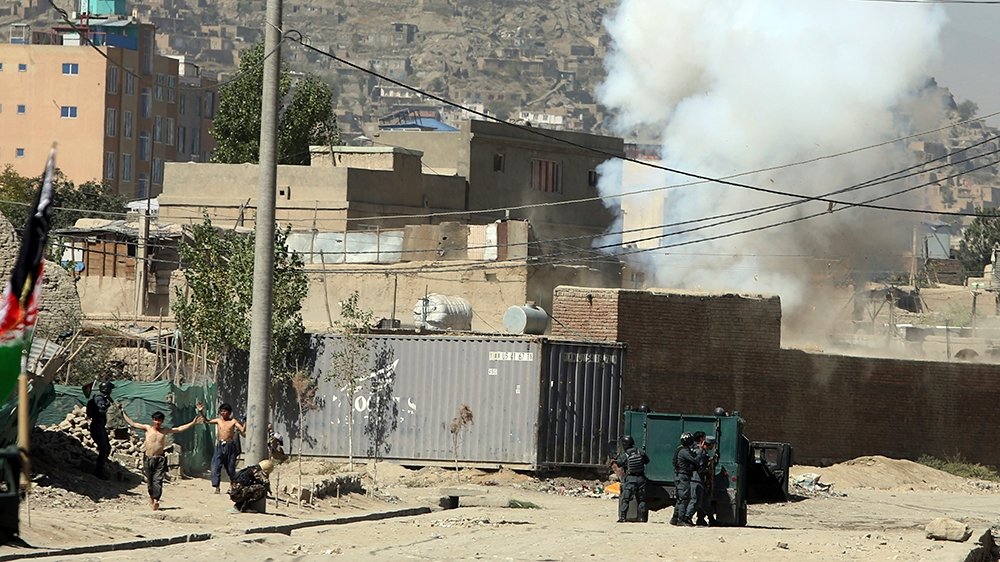 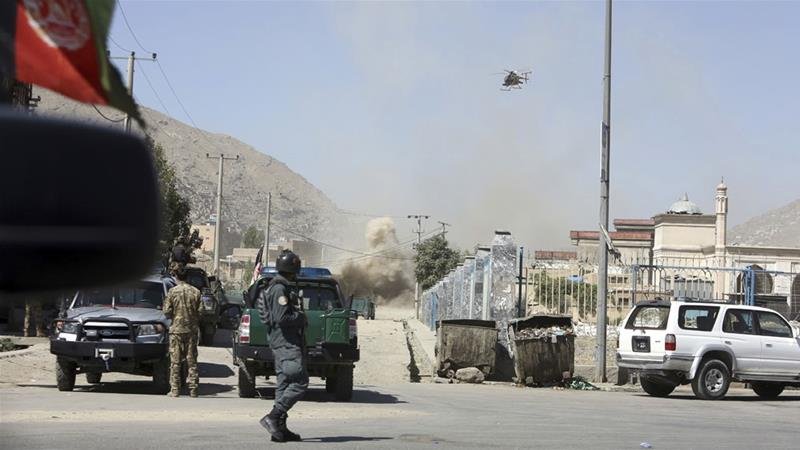 According to police, the Taliban has fired several rockets at the presidential palace in Kabul as the Afghan president was delivering his holiday message for the Muslim celebrations of Eid al-Adha.

The attack on Tuesday prompted a ferocious aerial response with helicopter gunships bombing the home from where the rockets were reportedly launched.

The first rocket landed somewhere near the presidency building while the second hit near a NATO compound and the US Embassy but no one was hurt, said police official Jan Agha.

The boom of the rockets was heard in the live broadcast of President Ashraf Ghani’s speech. As he also heard the thud, Ghani interrupted his message to say: “If they are thinking the rocket attack will keep Afghans down, they are wrong.”

The Kabul area where the rockets hit is one of the most fortified in the Afghan capital, where embassies and government buildings are surrounded by high cement blast walls and coils of razor wire.

Many streets near the US Embassy are closed off, as well as those near sensitive government and military locations.

Kabul police spokesman Hashmat Stanekzia said Afghan police had noticed a suspicious vehicle earlier on Tuesday morning and followed it to a mud-brick home near the sprawling Eid Gah mosque where hundreds had gathered to offer their prayers for the Eid al-Adha holiday.

There was no immediate statement from the Taliban, or a claim of responsibility for the attack by any other group, but the assault on the major Muslim holiday sent a stark message.

It was also another blow to Ghani’s efforts to bring the group to the negotiation table and hold peace talks to end the country’s 17-year war.

Shafiq Hamdam, a former NATO adviser, said the attack was a “disaster” for the peace efforts.

“The Taliban have managed to come into the capital, targeting the Green Zone after the government has offered this three-month ceasefire, so other than a big “no” to the ceasefire, this shows the willingness of the Taliban to continue fighting and to keep up with killing civilians and targeting these cities,” he told Al Jazeera.

On Sunday, Ghani had offered a conditional ceasefire to last during the holiday, saying it would only take effect if the Taliban reciprocated.

The Taliban have been at war with the US-backed Afghan government for nearly 17 years, and have stepped up attacks in recent months, seizing rural districts and carrying out major assaults against security forces and government compounds on an almost daily basis.