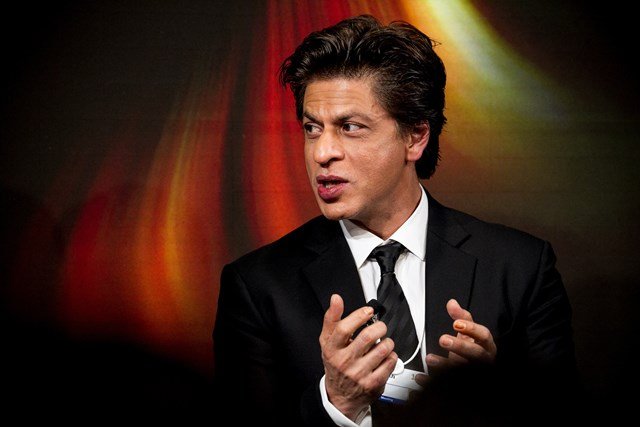 Here’s a quick recap of the some of the top stories from the first day of sessions.

The three greatest threats to civilization, according to Narendra Modi

Climate change, terrorism and the backlash against globalization are the three most significant challenges to civilization as we know it, Indian Prime Minister Narendra Modi said during his speech on Davos.

Modi, leader of the fastest growing major economy in the world, as well as the world’s largest democracy also spoke about the opportunities and dangers of technology, India’s plan to fight income inequality, job creation, and how the country is “cutting the red tape and rolling out the red carpet” to international trade and investment.

“The challenges we face are as numerous as they are daunting,” Modi said, before focusing on the three main challenges he believes “pose the greatest threat to the survival of human civilization.”

Countries have failed to work together and to live up to their environmental pledges, said the Indian PM. “We should all have come out of our limited narrow confines and we should have demonstrated solidarity.

“Everyone talks about reducing carbon emissions but there are very few people or countries who back their words with their resources to help developing countries to adopt appropriate technology. Very few of them come forward to help.”

The second great threat facing humanity is terrorism, Modi went on to say.

“Terrorism is dangerous, but equally dangerous is the artificial distinction created between good and bad terrorists,” he said.

Modi also addressed the rejection of the principles of globalization in some countries and parts of the world.

“Many societies and countries are becoming more and more focused on themselves,” he said. “It feels like the opposite of globalization is happening. The negative impact of this kind of mind-set and wrong priorities cannot be considered less dangerous than climate change or terrorism.

“Everyone is talking about an interconnected world, but we will have to accept the fact that globalization is slowing losing its lustre.”

Cate Blanchett on the plight of refugees

Actor Cate Blanchett talked about her work as a Goodwill Ambassador for the UNHCR to raise awareness of the refugee crisis, for which she picked up a Crystal Award.

Travelling around the world for her work has shown her how global the problem is – and that multi-stakeholder solutions are needed, she said. A major part of the problem is the misinformation around refugees, who are vilified in the media.

The developing world is shouldering the burden, she explained. But the developed world is being told that refugees, who have masses to offer, will be a burden.

“You have to remember that these are innocent people,” she says. The vast majority of them want to go home, but in the meantime, they want to offer something to their host country. But, the numbers are so overwhelming that you need individual stories.

In one particularly emotional moment, Blanchett told the story of one refugee family who had been forced to flee their home in Syria because of the country’s long civil war.

‘Finally a real panel, not a manel’

The Co-Chairs of Davos discussed the theme of this year’s meeting in Davos – Creating a Shared Future in a Fractured World.

It’s the first time that the Forum’s Annual Meeting has featured an all-female panel of co-chairs, something that wasn’t lost on IMF Managing Director Christine Lagarde.

Norwegian PM Erna Solberg called for a focus on corruption and illegal money flows and asked for action on gender equality.

Education is the first step, she said, making sure that girls take a full part in education.

Chetna Sinha, Founder and Chair of the Mann Deshi Foundation called for financial access for everyone.

She announced an alternative investment fund for female entrepreneurs, worth 100 million rupees.

IBM’s Ginni Rometty called for transparency in technology, a set of principles for data and workers prepared for the future of work.

Christine Lagarde, meanwhile, said we’re economically in a sweetspot and this allows us to focus on shared responsibilities. We have to turn the anger we have seen into action, she added. “Even without testosterone, we can produce positive, constructive energy,” she said.

CERN Director General Fabiola Gianotti said the passion for knowledge and learning is a shared passion for all of humanity. Scientific knowledge has no passport, no gender and no political party.

The world needs to renegotiate a new social contract, and re-write the rules, said ITUC General-Secretary Sharan Burrow. We built this fractured world, now we need to learn some lessons and rebuild.

An Insight, An Idea with Shah Rukh Khan

Bollywood mega-star Shah Rukh Khan started his participation at this year’s Annual Meeting by receiving a Crystal Award for his work in championing women’s and children’s rights in India.

In this one to one session, he told Tania Bryer that this is the first award he has received as a result of the work of others – in this case, the acid attack victims with whom he works with his charity, the Meer Foundation.

More than 80% of acid attack victims in India are women.

Shah Rukh Khan said: “A women is not allowed in a society to assert her choice… there are different ways and methods and levels of brutalization that men go to so that women don’t asset their choice and this is the most brutal.”

He added that the ways in which women are oppressed are different around the world and he praised the work of the Indian Prime Minister, Narendra Modi, in promoting and protecting women.

Microsoft’s Peggy Johnson talked about the amount of time women waste avoiding sexual confrontations with male colleagues and seniors. She said: “When #MeToo came out, my friends said it should be called #WhoHasn’t?”

I’m in a position of power now, she added, and no longer laughs at sexist jokes. With more women in power, things are beginning to change.

Oxfam’s Winnie Byanyima, meanwhile, said that in post-apartheid South Africa, you won’t find one person who says they believed in racial oppression. So what happened?

Canadian MP Maryam Monsef said that women have an ally in the some elements of the press. “Traditional media is playing a positive role, it’s part of the solution,” she said, pointing to the New York Times and Canada’s Globe and Mail as examples.

But ultimately, Monsef continues, women’s greatest power is already in their hands: “Vote. Go out there and vote.”

But first of all, he made an announcement:

Trade loomed large in Trudeau’s speech, with NAFTA talks underway in Montreal this week and Trudeau in Davos partly to draw attention to Canadian investment opportunities. The prime minister has traditionally taken a relaxed stance on global trade negotiations, calling NAFTA a vastly complex set of talks with many phases, the eventual outcome of which he expected to be a “win-win-win” for Canada, Mexico and the US.

Today, Trudeau said: “We’re working very hard to show our neighbour to the south just how good NAFTA is.”

The Prime Minister then moved on to the topic of gender equality, saying that current efforts don’t go far enough.

“Paying a female employee the same as a male employee doesn’t even begin to touch issues around family planning, promotions, or job security. Women do more part-time work, and more unpaid work, than men. How do we address that?”

He also had this to say about sexual harassment.

The prime minister closed his address on a cautionary note:

“The people in this room are immensely privileged – we owe it to society to use this privilege for good. We should ask ourselves – do we want to live in a world where the wealthy hide in their gated enclaves, while those around them struggle?”

Or do we want to help create a world grounded in the notion of fairness?”

‘3 metres of snow has fallen in Davos, I’m only a metre tall’

Sinéad Burke, an academic and activist who is just 105cm tall, is used to negotiating a world that isn’t built for her. From being offered children’s flashing footwear to clothes that infantalize her, she addressed broader issues of inclusiveness in this session.

The New York Times has picked up her story in a feature on fashion at Davos. She wore bespoke Burberry today, and says that “clothes matter” when it comes to questions of identity and belonging.