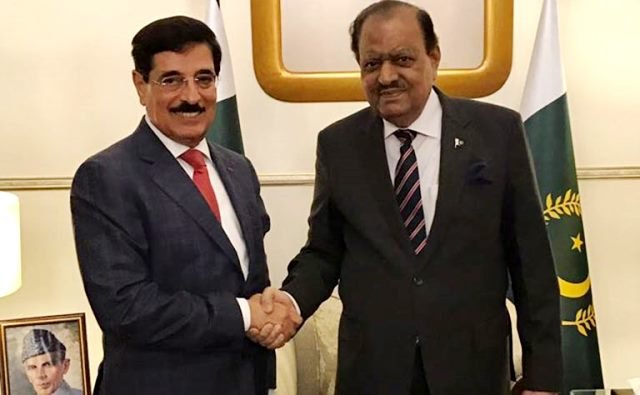 Dr. Al Kuwari conveyed the greetings of Emir of Qatar, Sheikh Tamim bin Hamad Al-Thani to the president of Pakistan and best wishes of more progress and prosperity to the Pakistani people.

President of Pakistan conveyed his greetings to the Emir, wishing him continued good health and happiness, development and prosperity for the people of Qatar.

The president praised the strong bilateral relations between both nations, hoping for more cooperation in different fields in the future and stressing his support for the Qatari candidate.

Dr. Al Kuwari briefed President of Pakistan on his plan to fight the obstacles facing the organization. He thanked Pakistani president for sparing his time.

Marriyum Aurangzeb praised Qatar’s role in preserving Islamic heritage through UNESCO, and having common approach and feel necessity to develop it in the future.