Qatar To Host Next Meeting Of Major Syrian Donors 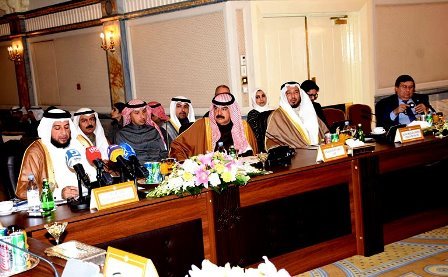 Dr. Ahmed bin Mohammed Al Muraikhi, the U.N. Secretary General’s envoy for humanitarian affairs has announced that Qatar will host the next meeting for the major Syria donors so as to continue Kuwait’s efforts in following up on the humanitarian situation and working to provide effective humanitarian and development response to enhance the capacity of affected Syrians to tackle humanitarian challenges.

Addressing the ninth meeting for the major donors of Syria held in Kuwait, Dr. Al Muraikhi stressed his support for the fifth international donors’ conference that will take place on April 6 and 7 in Brussels under the sponsorship of the European Union with the aim of assisting the humanitarian situation in Syria and inviting donor countries and entities to continue their support in light of the increasing needs of the displaced Syrians and refugees.

Al Muraikhi noted that the meeting is an important platform for carrying on efforts to address the Syrian crisis and boost international efforts to relieve the Syrian people domestically and abroad.

He reviewed the latest pledges of donor countries and entities, the regional response plans and the difficulties facing the United Nations and its partners in safely and effectively delivering aid to besieged areas, the violation of ceasefire agreement by the sides of the conflict while daily violence continues and more residents are forced to flee.