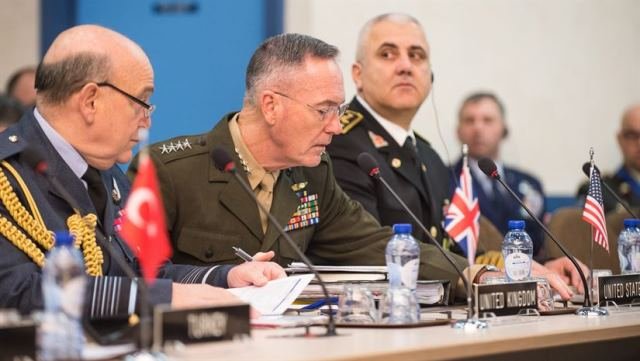 Gen. Petr Pavel of the Czech Army, the committee’s chairman, listed the issues in front of the body in opening the forum.

Most importantly, he said, the debates within the committee will look to establish a common understanding of the security environment’s recent evolution. “We will also set the domains in which we will need to provide advice to the ministers for the next ministerial meetings and before the Brussels Summit this year,” he added.

The chiefs of defense will examine the reassessment on the NATO command structure, officials said, and will study the ways and means to optimize ways to export stability and deterrence. They also will discuss defense.

The committee also will meet with the alliance’s 13 Resolute Support operational partners. The partner nations include Australia, Georgia, Armenia, Azerbaijan, Finland, Mongolia, New Zealand and Sweden, and these countries help NATO in the training mission for Afghanistan’s security forces. Some 13,000 troops are in Afghanistan for the mission, with 6,941 from the United States.

Pavel said the continued development of Afghan security forces is key to stability and progress in Afghanistan.

Shifting to the alliance’s southern flank, the Military Committee will meet with NATO’s seven Mediterranean Dialogue partners: Jordan, Egypt, Algeria, Israel, Mauritania, Morocco and Tunisia. “Understanding their views on the regional security situation and their expectations is crucial for us to identify the right strategy for the region,” Pavel said.

Algerian and Israeli officials will brief the committee on the security concerns in Northern Africa and the Middle East.

The committee will finish the first day with a meeting concentrating on interoperability issues, including presentations from Japan and South Korea about the security situation in the Far East and their attempts to mitigate emerging threats, Pavel said.

Tomorrow, the committee will hear from partner nations Georgia and Ukraine, and will discuss aid to the nations to develop their armed forces. “Finally, we will have a session in which we focus on Russia and its relationship to NATO,” Pavel said.