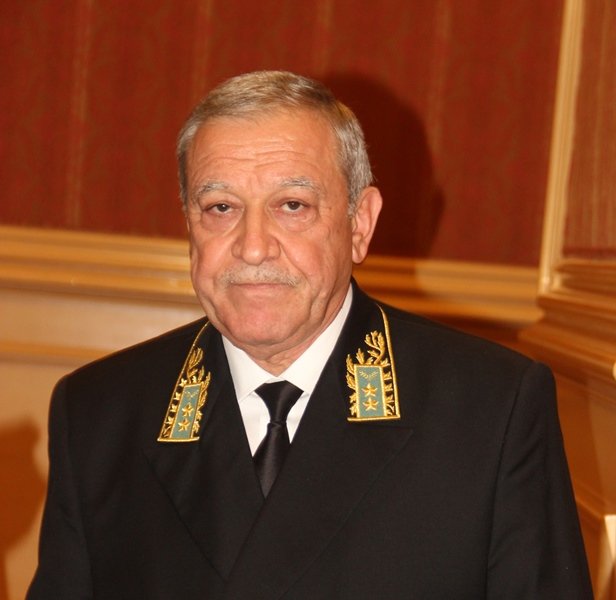 Nurmakhmad Kholov, Ambassador of Russia to the State of Qatar issued a statement before the departure of Emir of Qatar to Russia on the invitation of Russian President Vladimir Putin.

‘ In recent years, Russia-Qatari cooperation has stepped up on a much higher level. This concerns the entire range of topics: from political, trade-economic to humanitarian, and scientific. This is confirmed by the constant contacts of the leaders of our states – President Vladimir Putin and Emir Of Qatar Tamim bin Hamad AlThani, heads of foreign and defense ministries, as well as the work of the Joint Intergovernmental Commission on Trade, Economic, Scientific and Technical Cooperation.

We are now on the right track: we establish and develop contacts in various spheres. The year 2018 is the Year of Culture between Russia and Qatar. It will provide us an opportunity to not only intensify humanitarian cooperation, but will also increase the flow of tourists to our countries, strengthen economic ties, and open new opportunities for cooperation in new directions.

During the last 2 years, we have noticeably stepped up contacts through defense ministries. Our defense ministers have signed an agreement on military and cooperation. State Minister for Defense of Qatar Dr. Khaled Al-Attiyah has visited Russia twice at the invitation of his Russian colleague to participate in the military-technical exhibition “Army”. In October 2017 Russian Defense Minister Sergei Shoygu held an official visit to Qatar, during which was signed an Agreement on military-technical cooperation.

As it’s known, Russia and Qatar are the countries that host the World Cups in 2018 and 2022. In this area there is a close interaction between the Organizing Committees “Russia-2018” and “Qatar-2022”. We are pleased with the fruitful cooperation with our Qatari partners through national football unions, sharing our experience in the field of ensuring the safety of sport events, as well as in the training of athletes and the development of sport medicine.

We can say that Russia is a reliable partner of Doha both in matters of bilateral and international cooperation. So it’s understandable that Qatar rely on our assistance to the fastest resolution of this crisis. Numerous consultations are held between President of Russia Vladimir Putin and the Emir Tamim Al Thani, Russian Foreign Minister Sergey Lavrov and Deputy Prime Minister of Qatar and Foreign Minister M. Al-Thani, and personal contacts are constantly maintained.

We intend to maintain the achieved level of development of our bilateral relations, filling it with new content.’ Unquote

Emir of Qatar, Sheikh Tamim bin Hamad AlThani arrived in Moscow today,  Reuters News Agency from Moscow reports that  Russian President Vladimir Putin is to meet the Emir of Qatar in Moscow on March 26, the Kremlin said in a statement on Friday.

The two will discuss the development of Russian-Qatari relations, as well as international and regional issues, according to the statement.

AlJazeera News says that Emir of Qatar is accompanied with ministers of finance, foreign relations, energy, and culture, along with a number of other officials,. It also reported that on the sidelines of official meetings, Qatar Petroleum and state-controlled Russian oil company Rosneft are expected to discuss possible contracts, and Qatar Airways will also sign a cooperation agreement with Rosaviatsia, Russia’s federal air transport agency.