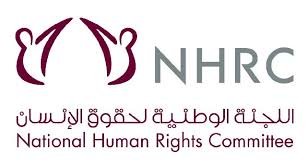 In continuation of the series of human rights violations committed by the countries of the blockade against the State of Qatar and its citizens, and practices that violate all international human rights conventions, instruments and norms, Qatar National Human Rights Committee condemns in the strongest terms the arrest of Mohsen Saleh Saadoun Al-Karbi, Qatari citizen who has been arrested in the Republic of Yemen by the Saudi-led Arab Coalition in Yemen at Shahn border crossing point with Sultanate of Oman on April 21st 2018, during his visit to his family and relatives, and without any charges made against him.

Qatar National Human Rights Committee also condemns the arbitrary detention of the aforesaid citizen by the Saudi authorities and the denial of contact with his family or lawyer since then. His family does not know the place of his detention specifically, nor the charges made against him; in addition to being at risk of torture and other forms of ill-treatment in violation of relevant international human rights conventions.

Accordingly, Qatar National Human Rights Committee calls upon all international human rights bodies and organizations and the Working Group on Arbitrary Detention to promptly intervene to release the aforesaid citizen, and calls upon the Saudi authorities to disclose his legal status and to immediately allow him to communicate with his family and lawyers.