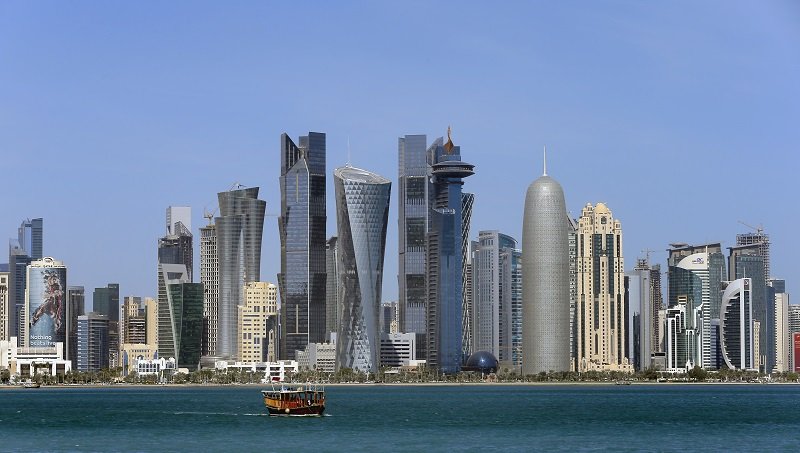 Daily Arabic Al-Raya said in its editorial that despite Qatar’s war against the coronavirus pandemic, it did not forget to recall the crime of the blockade imposed on it during the holy month of Ramadan in 2017. The blockading countries based their action on fabricated charges, pointing out that it was a collective punishment as a result of political differences and the desire of the blockading states to harm State of Qatar and make it a subordinate.

Through a written statement addressed to the Security Council by Ambassador Sheikha Alya Ahmed bin Saif al-Thani, Permanent Representative of the State of Qatar to United Nations, the state of Qatar renewed the call to end the unjust and unlawful blockade imposed on it. It stressed that policies based on separating of brotherly people have failed and have affected solidarity and regional cooperation, which has become more necessary amid the outbreak of the coronavirus pandemic (Covid-19), Al-Raya noted.

Since then, the bad intentions behind the provocative and misleading campaign against Qatar had been revealed, and it had become clear that the lies on which they based their actions were null and void. The measures undermine regional co-operation and directly affect the countries of the region and all their people in facing the spread of the pandemic, the newspaper added.

Al-Raya concluded its editorial, by noting that the Palestinian issue was the first issue of Qatar and was strongly present in every international forum. Qatar has consistently spared no effort to remind others of the justice of the Palestinian cause and need to end the crimes of the Israeli occupation. Qatar renewed before the Security Council its principled position that supports sincere efforts seeking a comprehensive, just and lasting peace and settlement to the Palestinian issue in all its aspects in accordance with international law and the Charter and resolutions of the United Nations. There is no alternative to a peaceful and consensual settlement through negotiations between the two parties, based on the agreed references and international legitimacy resolutions, the land-for-peace principle, the Arab peace initiative and the two-state solution that includes the establishment of an independent and viable state of Palestine on the 1967 borders with East Jerusalem as its capital, in addition to ending the occupation of all Arab lands and ensuring the rights of the Palestinian people.

Arabic daily Al Sharq asserted in its editorial, that the State of Qatar always adheres to its political principles which are based on moral and humanitarian foundations and upholding the spirit of cooperation.

It pointed out that the State’s call to end the unjust blockade imposed on it, especially during this time that requires solidarity and upholding the concepts of regional and international cooperation due to the outbreak of the coronavirus pandemic, came in this context.

The paper clarified that this call came in a statement by Ambassador Sheikha Alya Ahmed bin Saif Al-Thani, Permanent Representative of the State of Qatar to the United Nations, in writing to the UN Security Council, which held a virtual meeting on Thursday,  on “the situation in the Middle East, including the Palestinian issue.”

The paper said that the blockade imposed for the past three years increased the complexities faced by the region, and it had negative repercussions on the security and stability of the Gulf and the rest of the region as a whole, which is already teeming with many problems and wars.

It added that after the failure of the policies aimed to divide the people and undermine regional cooperation, it became very important to review those wrong policies and work to eliminate their repercussions in order to act in the interest of the region while it is facing a pandemic that is threatening all countries politically, economically and socially, especially as conflicts exacerbate health conditions.

The paper pointed out that Doha is fully aware of the importance of this cooperation in light of its principles that are based on respect for international law the United Nations Charter and the peaceful resolutions of crisis and dialogue.

It explained that despite the unjust blockade, Qatar has not forgotten its duties towards other countries of the world, adding that Doha has supported international efforts to confront the pandemic and devoted its efforts to address this threat by supporting many countries through providing medical aid and transporting stranded people from all over the world, out of a belief in collective responsibility and cooperation during global crises.

Daily Al Sharq wrote that Qatar always stands in support of the region’s issues, the first of which is the Palestinian issue, adding that Qatar’s statement to the Security Council affirmed its position in support of efforts related to the comprehensive and just peace and permanent settlement of the Palestinian issue in accordance with the international law and United Nations resolutions. As for Yemen, Syria and Libya, Doha emphasized the necessity of resolving these crises through dialogue and peaceful means.

Arabic Daily Al-Watan said that State of Qatar is dealing with the issue of the unjust blockade that was denounced and condemned by international legal institutions and human rights organizations throughout the world, according to a correct political and diplomatic approach, which earned it the admiration of the world and its confidence in Qatar’s policies.

Observers have always praised the success of Qatar’s steps and procedures when it came to the unjust blockade, the newspaper said. The political analysts and political observers at the international level have always pointed out to Qatar’s right to demand the international community, through its legitimate institutions, to be fair and stand by its side.

Daily Al Watan added that the State of Qatar renewed the call to end the unjust and unlawful blockade imposed on it, stressing the failure of the considerations upon which the blockading countries relied on to undermine the State of Qatar and its sovereign decision, and the failure of the policies that depended on the separation of brotherly people. Moreover, the newspaper indicated that these policies have affected regional solidarity and cooperation which became more necessary in light of the outbreak of the coronavirus pandemic (Covid-19).

Al-Watan explained that the crisis created by the blockading countries is one of the crises that further complicated the situation in the region, according to the statement made by the Permanent Representative of State of Qatar to United Nation,  Ambassador Sheikha Alya Ahmed bin Saif Al-Thani, in writing to the UN Security Council, which held a virtual meeting on the situation in the Middle East, including the Palestinian issue.