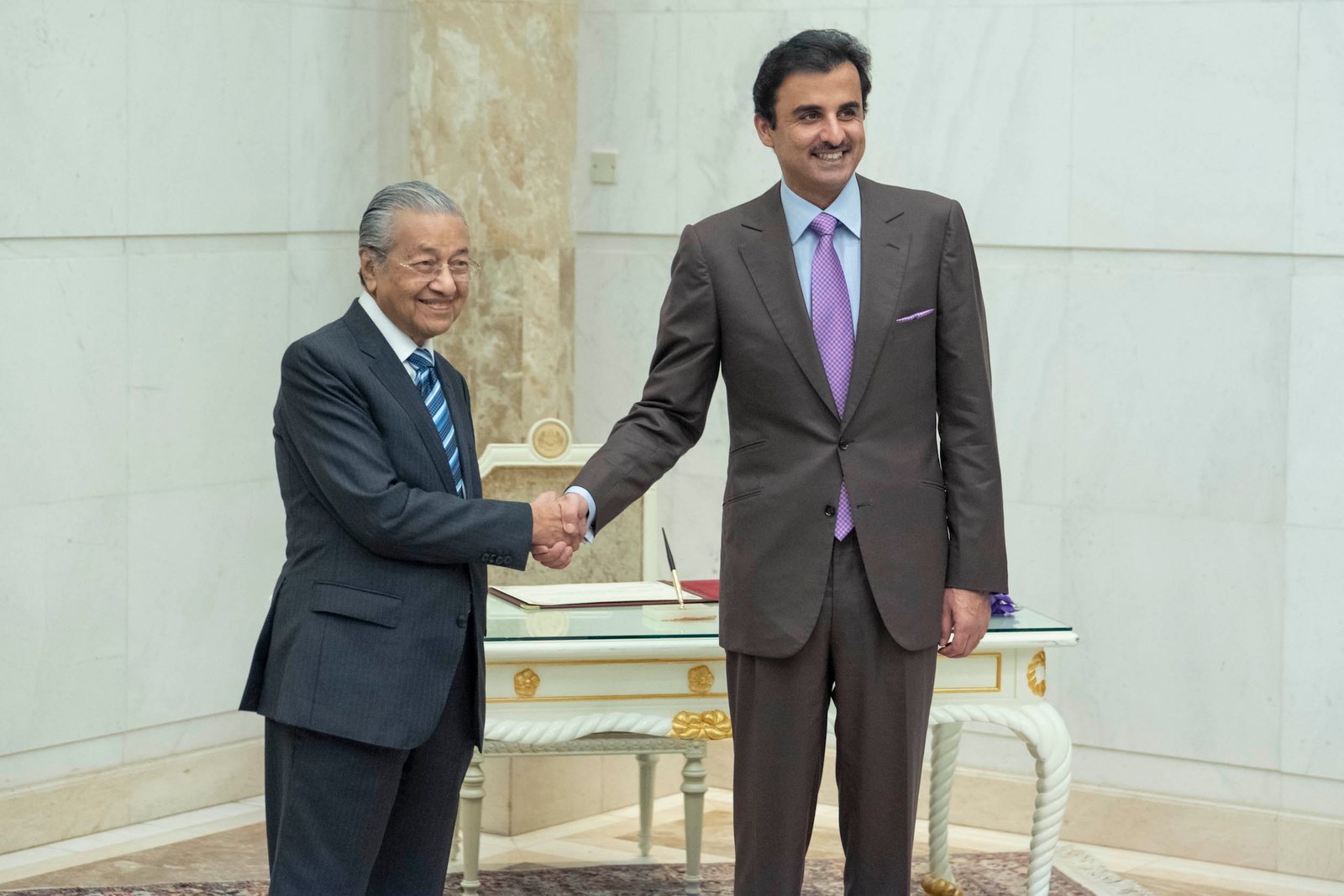 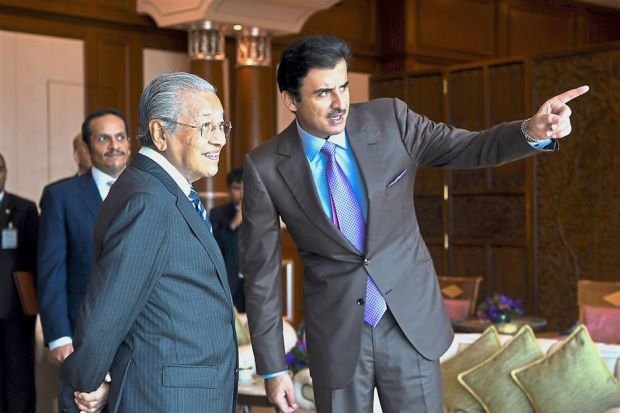 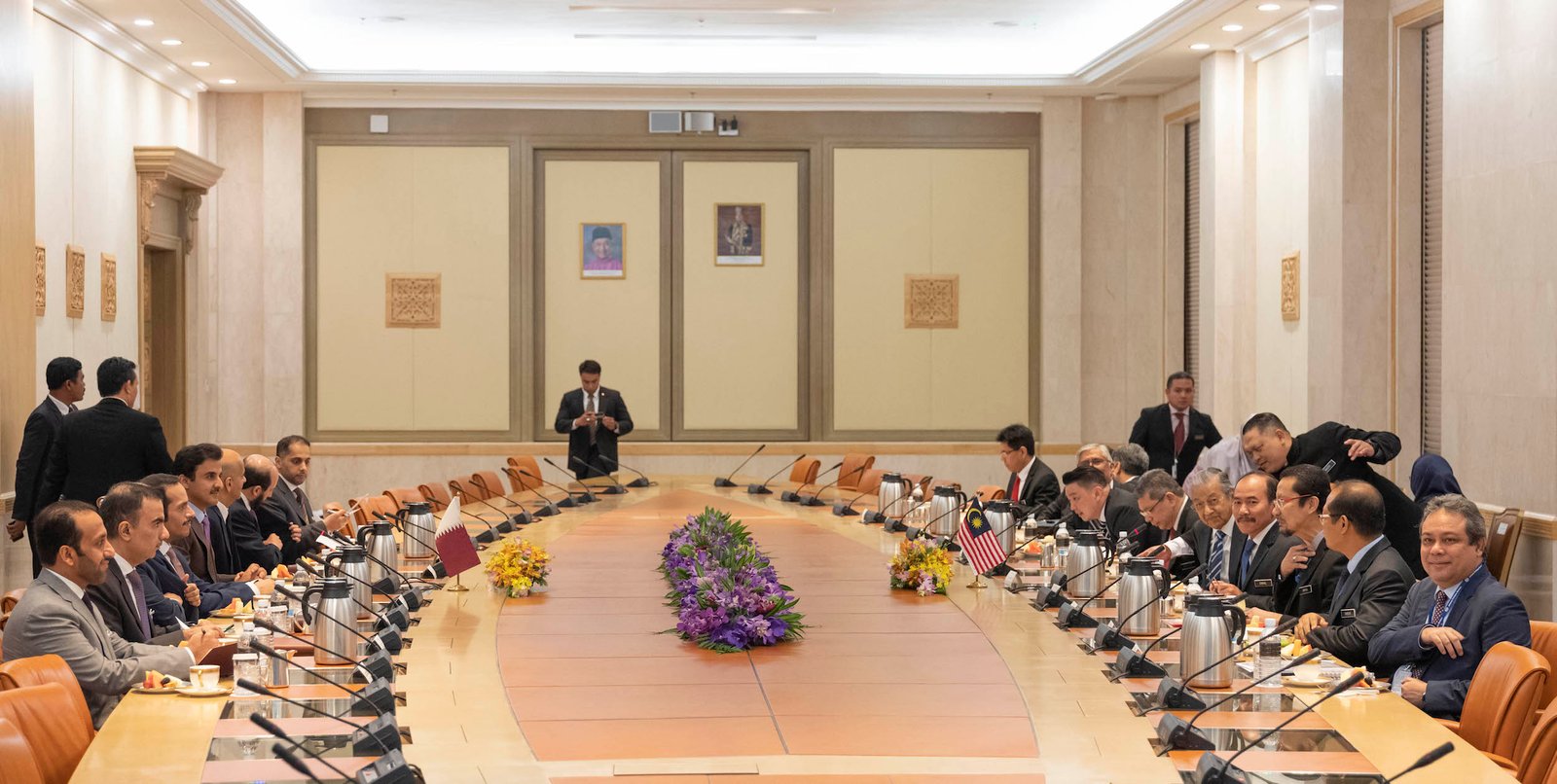 While Qatar is confident that Malaysia’s economy will grow, Malaysia on the other hand is pleased with Qatar’s readiness to increase its investment into the country.

This was conveyed by the foreign ministers of Qatar and Malaysia in a joint conference here today on what transpired following talks between the Emir of Qatar, Sheikh Tamim Hamad Al-Thani and Prime Minister Tun Dr Mahathir Mohamad at Perdana Putra in conjunction with the Qatar ruler’s three-day working visit to Malaysia.

Qatar Deputy Prime Minister Sheikh Mohammed Abdulrahman Al-Thani who is also Qatar Foreign Minister said Qatar is confident that Malaysia’s economy will continue to grow especially with the vision that they heard from Dr Mahathir.

“We are committed to continue discussions and dialogues in the area of enhancing investment and economic cooperation,” he said.

Sheikh Mohammed is also encouraging more Malaysian companies to come to Doha and participate in the development especially in infrastructure projects for the 2022 World Cup and beyond, adding that there are already a number of Malaysian companies which had done a “very good job” in Qatar. He said Qatar and Malaysia also agreed to activate the joint business council.

“Both leaders have instructed us to set up a platform to supervise all sectors of the relationship be it in economy, trade or political and all potential areas,” he said. Sheikh Mohammed also said : “We have joint cooperation in the political arena while investments in Malaysia are yielding good returns.”

Malaysia’s Foreign Minister Datuk Saifuddin Abdullah said Malaysia is pleased that Qatar is ready to increase its investment in Malaysia. He said during the Malaysia-Qatar delegation meeting co-chaired by Dr Mahathir and Sheikh Tamim, the main focus was the possible ways for both sides to further strengthen and broaden cooperation particularly in trade and investment.

“Both sides acknowledge the need to explore the huge potential of both countries,” he said.

During the meeting, Sheikh Mohammed said both leaders discussed bilateral cooperation in area of international development where the two countries could capitalise on the capacity within the Malaysian government in providing technical assistance while Qatar is providing foreign aid to several countries.

“So these are the wide range of potential cooperation between the two countries and our leaders hope to elevate the relationship between two countries,” he said.
Sheikh Mohammed also disclosed that both leaders had the opportunity to discuss regional affairs especially the conflicts in the Muslim world and the situation in Yemen, Syria and Rohingya.

“Both leaders are of the same view on these issues and they have agreed that the conflicts need to be resolved and the people should be provided with jobs and solutions,” he said. Describing the Qatar-Malaysia relationships they have enjoyed for decades, Sheikh Mohammed said: “The cooperation between the two nations are on brotherly friendship basis.”

Saifuddin said Dr Mahathir and Sheikh Tamim also expressed their wish that ministers and officials from both countries should meet often and understand each other with the view for greater cooperation between the two countries. “To show how serious we are trying to foster greater ties, the two foreign ministers will meet (again) tomorrow afternoon. We are really doing business,” he said.

Saifuddin also said the Emir of Qatar’s working visit to Malaysia, after his maiden state visit in October last year, was very significant as it was in conjunction with the 3rd Sheikh Tamim Anti-Corruption International Excellence Award which would be held at Putrajaya International Convention Centre, here tomorrow.

The Qatar Ruler, who arrived in Malaysia yesterday for a three-day working visit, was greeted by Dr Mahathir upon arrival at the Prime Minister’s official residence.  He later signed the official guest book at the Protocol Gallery.

The Foreign Ministry (Wisma Putra) in a statement said the visit marked the first official meeting between Sheikh Tamim and Dr Mahathir since the change of Malaysian leadership in May this year. It said the visit would provide an excellent opportunity for both leaders to discuss bilateral matters, as well as exchange views on a range of international issues of common concern and mutual interests.

Sheikh Tamim, who ascended the throne in 2013 as the eighth Emir of Qatar, made a maiden visit to Malaysia last October (2017).