Qatar is Like an Amazing Mother Teaching People to be Kind & Stay Positive: CEO of ILQ 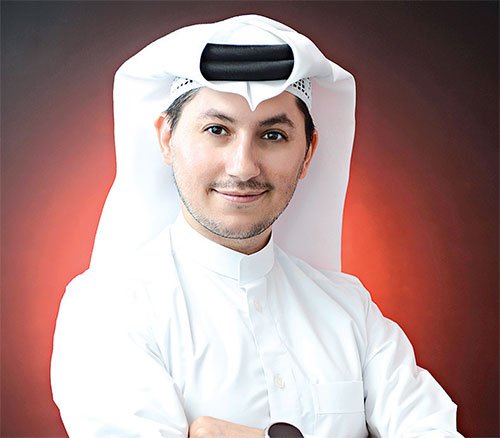 QATAR has been like an amazing mother leading its people by example and teaching them that they should always stay positive, be kind and not resort to hate, according to Khalifa Saleh al Haroon, Qatari citizen and Founder and CEO of I Love Qatar Network (ILQ).

“Seeing that Qatar is capable of standing up for its legal rights, and there to support the residents both locals and expatriates, and to see a push towards more independent path are things that made me more proud of Qatar than before and I hope many countries around the world can benefit from Qatar’s model,” al Haroon told Qatar Tribune.

In an exclusive interview recently, al Haroon said that in light of the ongoing blockade, Qatar did a great job in maintaining peace and responding to people’s concerns by being transparent and implementing changes in record time.

He noted that while some countries are focusing on the superficial achievements of being the fastest at building the tallest buildings, Qatar has shown its people what it really means to be a leading country.
“You see when I refer to Qatar it’s not only the government but also the people who stood united during the crisis. I actually shed a tear seeing all the amazing expatriates that helped put us at ease and showed us that Qatar isn’t just a place to work for them, it’s their home,” al Haroon explained.

Commenting on his personal experience as a Qatari citizen even as his country is under an unjust blockade which is still affecting families and innocent people, al Haroon said that the siege affected him deeply on a personal level since he spent 17 years of his life in Bahrain where his mother still resides adding that it saddens him that he is unable to visit her.

“I also have Bahraini and Saudi family members, but the blockade has neither affected our relationship as a family nor my opinion on the people of the blockading countries except those who spread hate against my own people. My friends that I grew up with are still my friends and in fact they share the same feelings that I do, that hopefully, this will all end soon, so we can all see each other again,” he explained.

Furthermore, al Haroon said that the blockade also affected his business.”For the media business, I faced some difficulties when it came to advertising because many agencies had headquarters in Dubai and many international brands hired them for their services. Put simply, advertisement bookings stopped coming in,” he explained.

Al Haroon added:”One of my channels is a tech channel called Raqami TV, which is the first to pass a million subscribers, and because some companies had headquarters in Dubai they had no way of sending us units for review. Initially, we did see a drop in the number of subscribers from countries like Saudi Arabia, but that picked up again as time passed.”

Moreover, al Haroon said:”From a media coverage point of view, I’ve even had some media outlets simply say they couldn’t feature my achievements anymore because I was from Qatar and their head offices are based in Dubai. That was definitely a sad point.”

“From an import point of view, some companies gave regional distribution to companies based in Dubai, so it meant that doing deals or getting product was impossible. In fact, some businesses refused to even take orders. This did work out positively because these international businesses (from China, the US, Europe), saw that this was an issue and gave me direct distribution rights,” he added.