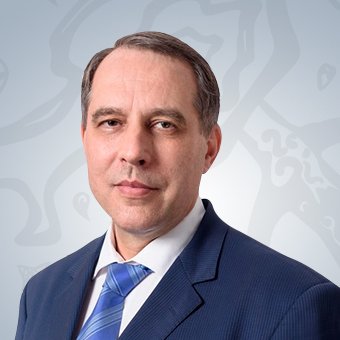 The Secretary General of the Gas Exporting Countries Forum (GECF) Dr. Yury Sentyurin said that Qatar has a competitive advantage and flexible cost compared to other Liquified Natural Gas (LNG) producers, noting that reducing operating costs by 30% and the low cost production enable Qatar projects to be easily absorbed into the market.

In an interview with the Qatari newspaper /Lusail/, Dr. Sentyurin said that Qatar’s expansions enable it to meet the growing global demand for low carbon fuel. Qatar is in a strong position and many international companies have expressed their desire to take part in projects to increase gas production in Qatar, he added. Dr. Sentyurin referred to Qatar announced plans to increase LNG production from 77 million tons annually to 110 million tons annually by 2025 and 126 million tons annually by 2027, saying that by the time expected to start operating these projects, the world will have recovered from COVID-19.

He pointed out that based on these expectations, Qatar’s announcement is strategic and will enable it, as a member of the GECF, to meet the increasing demand for fuel as the world switches to low carbon energy.

He also stressed that continued investment in the natural gas industry is required to facilitate the flow of natural gas from surplus countries to those suffering from deficits.

Dr. Sentyurin predicted that the demand for gas in the long term will be strong enough to absorb the additional supplies, pointing that Qatar has announced the continuation of expansion plans according to the announced schedule.

He believed that it is possible for the current economic downturn and the restrictions imposed on staying at home due to the spread of the COVID-1-9 to severely affect LNG markets, The level of uncertainty remains high, he said.

He pointed out that the possibility of demand for gas decreasing from 3 to more than 6 percent in 2020, in light of a possible second wave of the epidemic. He also pointed to the possibility of more LNG shipments cancelations in the event of another mild winter, noting out that the volume of gas storage in Europe has reached about 67% of total capacity. The high levels of gas storage put great pressure on gas prices, which affects gas suppliers, he explained.

On the other hand, this could affect the stability of gas markets in the medium term (after 2025), as well as developing the infrastructure on time, he said expecting global demand for LNG to rise at a healthy rate of growth driven by the Asia Pacific region.

The Secretary General of the Gas Exporting Countries Forum pointed out that the GECF member countries have succeeded in facing market shocks, thanks to their competitive advantage over new exporters and their commitment to ensuring a sustainable supply of LNG.

On the State of Qatar’s hosting of the sixth summit of heads of state and government of the GECF in late 2021, Dr. Sentyurin praised the initiative of the country’s leadership; an initiative that was welcomed and approved by the twenty-first Ministerial Meeting held last in Moscow. Currently, work is underway to develop a comprehensive road map to prepare for the summit and its agenda.

He pointed out that the summit, which is held every two years, aims to provide a platform for policies and decision makers dialogue on the latest developments and trends in the gas industry worldwide, and therefore its agenda includes promising discussions, energy shifts and the achievement of the 2030 sustainable development goals.