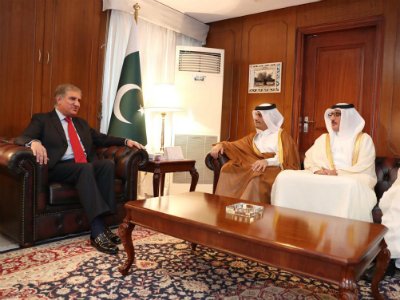 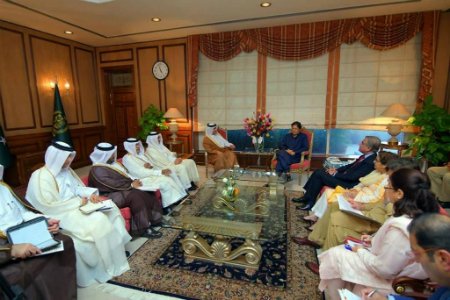 Imran Khan, Prime Minister of Islamic Republic of Pakistan met on Friday with Sheikh Mohammed bin Abdulrahman Al-Thani, Deputy Prime Minister and Minister of Foreign Affairs of State of Qatar , during his official visit to Islamabad.

The meeting discussed bilateral relations and means of boosting and developing them, as well as matters of common concern.

Visiting Qatar’s top diplomat Sheikh Mohammed bin Abdulrahman also met on Friday with Pakistani counterpart Shah Mehmoud Qureshi in Islamabad.  During the meeting, they discussed bilateral relations and ways of boosting and developing them, and a number of regional and international issues of common concern.

Pakistan’s Chief of Army Staff said that Pakistan would continue to positively contribute towards regional peace and stability.

The visiting dignitary acknowledged and appreciated Pakistan’s successes in the fight against terrorism and continued efforts for peace and stability in the region.