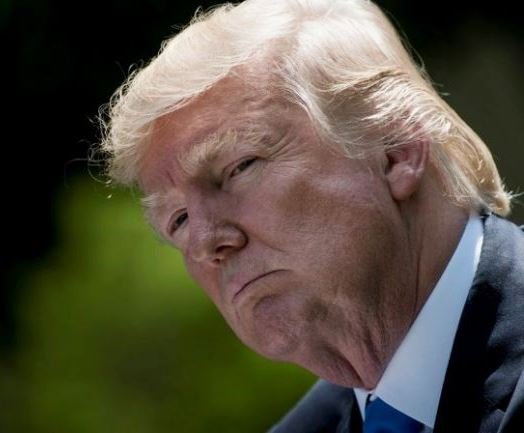 President Donald Trump has lambasted James Comey, the former FBI director, as a “leaker” for making public his accounts of his meetings with the president.© AFP Brendan Smialowski)
If there is one thing the White House has sought to hammer home about the FBI investigation into Russia’s meddling in the 2016 election, it is that President Donald Trump was not a subject of it.

The point was so important to Trump that he repeated it in his letter firing FBI Director James Comey.

“I greatly appreciate you informing me, on three separate occasions, that I am not under investigation,” he wrote.

When Comey told Congress last week that he had, in fact, confirmed to Trump on at least two occasions that he wasn’t under investigation, Trump and his allies said they felt “vindicated,” even though the investigation into his campaign team was ongoing. And they continued to rail on “innuendo” that the president’s interactions with Comey were unethical or illegal in any way.

But when The Washington Post reported on Wednesday night that Robert Mueller, the special counsel overseeing the FBI’s probe, was investigating whether Trump obstructed justice, the talking points circulated by the Republican National Committee did not dispute the accuracy of the report. Neither did Trump’s lawyer, Marc Kasowitz.

According to Axios and The Daily Beast, that’s at least partly because Trump’s aides and people close to him know that Comey’s version of events — that Trump asked him for loyalty, to back off the investigation into former national security adviser Michael Flynn, and to announce publicly that Trump himself was not under FBI investigation — is most likely accurate.

Having fielded Trump’s requests, Comey was likely to have sensed that the president would not let the FBI get in the way of clearing his name and would pressure those he considered allies to find ways to intervene on his behalf. Even if Comey didn’t predict as much, however, he made clear in his testimony last week that he took Trump’s comments about the Flynn investigation — “I hope you can see your way clear to letting this go” — as an order.

Which is all to say: Comey — who has said he documented every interaction with Trump because he was often “stunned” by the president’s overtures — couldn’t announce publicly that Trump was not under FBI investigation because the likelihood that he soon might be increased with every public and private comment Trump made about the Russia probe.

‘The president did this to himself’

Trump’s obsession with clearing his name most likely muddied the situation even further. The angrier he became with Comey for refusing to say publicly that he was not a subject of the investigation, the more he tweeted about it and asked the people around him to interfere.

At that point, as Trump had essentially built an obstruction-of-justice case against himself, for Comey to testify publicly that Trump was not being investigated would have been shortsighted and, as The Post made clear on Wednesday, ultimately incorrect.

“Just to be clear, for you to make a public statement that he was not under investigation would not have been illegal, but you felt it made no sense because it could potentially create a duty to correct, if circumstances changed?” Republican Sen. Marco Rubio asked Comey last week.

“Yes, sir,” Comey replied. “We wrestled with it before my testimony where I confirmed that there was an investigation. And there were two primary concerns. One was it creates a duty to correct, which I’ve lived before, and you want to be very careful about doing that. And second, it’s a slippery slope, because if we say the president and the vice president aren’t under investigation, what’s the principled basis for stopping?”