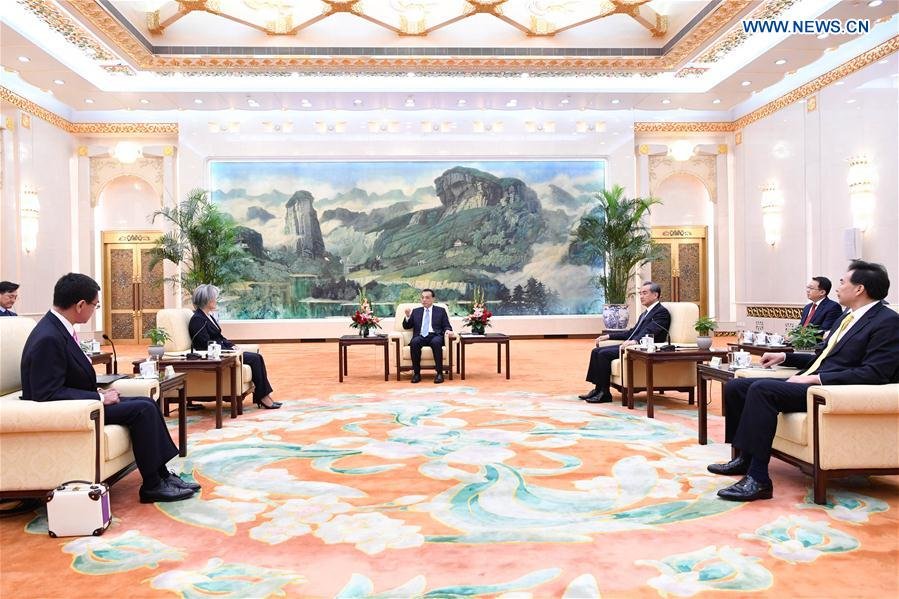 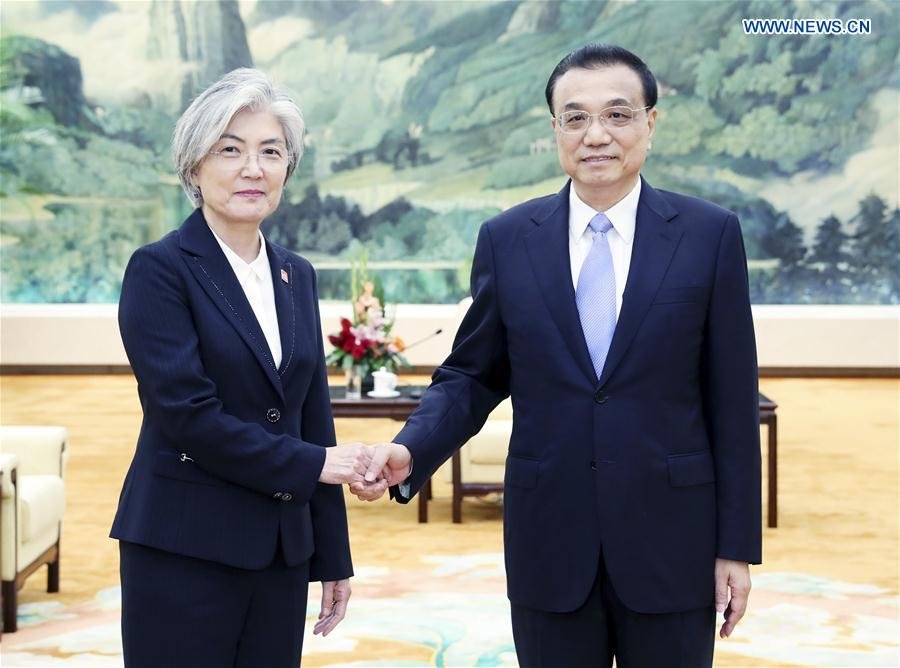 China attaches great importance to cooperation with the Republic of Korea (ROK) and Japan and is ready to make joint efforts to pursue a higher level of trilateral cooperation with its two neighbors, Premier Li Keqiang said Thursday.

Premier Li made the remarks when meeting with ROK Foreign Minister Kang Kyung-wha and Japanese Foreign Minister Taro Kono, who are here to attend the ninth meeting of the three countries’ foreign ministers held Wednesday.

While congratulating the successful holding of the meeting, Premier Li said that China, the ROK and Japan, being geographically close to each other and enjoying cultural affinity, have highly complementary economies and great potential for cooperation.

Li called on the three countries to safeguard the rules-based multilateral trading system with the WTO at its core, and work on reaching a comprehensive and high-level free trade agreement at an early date to promote the liberalization and facilitation of trade and investment.

The Chinese premier also called on the three countries to jointly promote technological innovation to share development opportunities and innovative achievements, work together to advance development and prosperity to push forward East Asian cooperation, and jointly maintain regional peace and stability to contribute to a political resolution to the Korean Peninsula issue, so as to achieve denuclearization and lasting peace on the peninsula.

Kang Kyung-wha commended the progress of the meeting and wished the meeting among leaders of the three countries, which is due to be held in China later this year, a success. The ROK is confident of the prospects for cooperation with China, she added.

Taro Kono said Japan is ready to closely work with China and the ROK to guarantee the success of the leaders’ meeting and his country is willing to work with China to promote a lasting, healthy and stable development of bilateral relations.