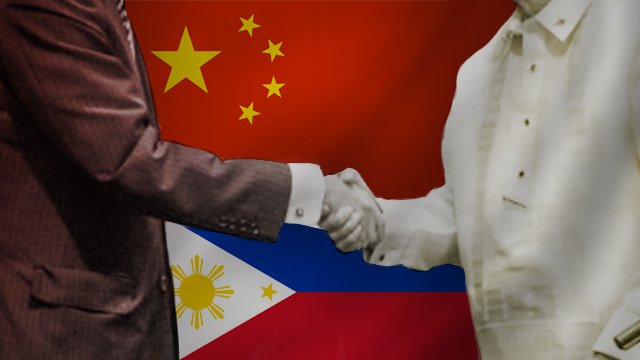 The think- tank of the Department of Foreign Affairs (DFA) said Philippines and China are concentrated in enhancing bilateral talks to promote trade, investment and security.

This was cleared by Edgar Badajos, director for ASEAN Political Security of DFA during the of Seminar on ASEAN sponsored by the Presidential Communications Operations Office at the DFA on Friday.

“The Philippines is more interested enhancing bilateral talks with China and not the issue of findings of Arbitrator Tribunal,” he said. “We need to strengthen first our relations with China and we will touch the issue in a proper forum.”

He explained that “we are not abandoning of our claims based on arbitral tribunal ruling” but this is not the right time to talk on this issue.

Badajos pointed out that we need to look for an avenue that will accelerate bilateral talks and not insinuate something that will trigger disputes.

While Foreign Affairs Secretary Perfecto Yasay Jr. emerged strong with his remark that China should demilitarize in the disputed South China Sea, a senior official of a Washington-based think tank group said it’s likely impossible for Beijing to dismantle its installed weapon systems in the area.

Even experts on US-ASEAN Relations :Charting the next 40 Years,” CSIS Southeast Asia program senior adviser Ernest Bower said “China is not going to walk that back just because they are asked to do it by a group of ASEAN foreign ministers.”

In a press conference Thursday’, Bower said during the closing reception of the Center for Strategic and International Studies (CSIS) international conference at the Manila Golf and Country Club in Makati City said, he did not believe the dismantling of military weapons system in the South China Sea would happen.

He said free navigation on international waters of disputed islands was what they were after.

Yasay earlier said some foreign ministers from the Association of Southeast Asian Nations (ASEAN) had expressed “grave concerns” over China’s militarization in the region.

Bower said Yasay’s response was correct, but it did not follow that China would readily comply.“I think it’s the right answer but I don’t know, it doesn’t seem very likely,” he noted. (PNA)