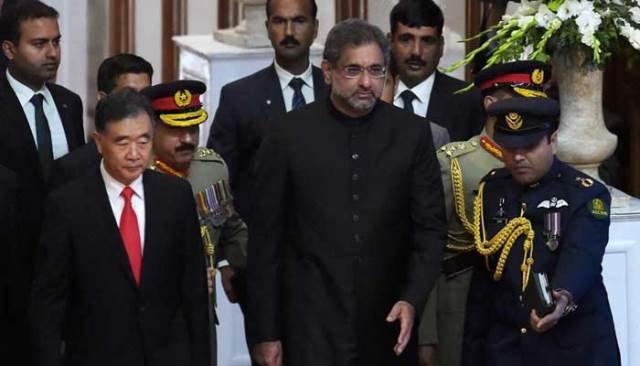 Rodrigo Duterte, President of Philippines arrived at the Qionghai Boao Airport on Monday, April 9, aboard a chartered Philippine Airlines flight.

The President’s plane touched down at the Qionghai Boao Airport at 5:55 pm.

Upon arrival at the airport, the President was welcomed by Philippine Ambassador to China Jose Santiago Sta. Romana, Chinese Ambassador to the Philippines Zhao Jianhua and Boao local officials.

The President then proceeded to the Golden Coast Hotel at 6:36 pm. He was received by Foreign Affairs Undersecretary Manuel Teehankee and officials and staff of the Philippine Embassy in China.

The former President said she will be watching President Duterte when he conducts his speech at the Boao Forum for Asia (BFA).

Former President Arroyo, on the other hand, is attending the BFA at the invitation of the Boao Secretariat.

Among those present during the courtesy call were Special Assistant to the President Christopher “Bong” Go, and Davao City Mayor Sara Duterte-Carpio.

In a media interview earlier in the day, Philippine Ambassador to China Jose Santiago Sta. Romana said former President Arroyo might take the position of former President Ramos at the BFA Board.

“I think she is running for a Board seat and she could take the position of former President Ramos. So we’ll still have a Philippine representation in the Boao Secretariat, in the Boao Board if these things materialize,” Sta. Romana had said.

President Duterte is here in China for his attendance to the  Boao Forum for Asia, a non-profit organization hosting high-level fora for heads of states, government ministers, business leaders and academic experts to address major challenges confronting the region and the world.

BFA is committed to facilitating economic integration and common development in the Asia-Pacific Region.

He and accompanying members of delegation was received on arrival by member of the Standing Committee CPPCC of Sanya Yan Zhaojun.

The main theme of the conference is “An Open and Innovative Asia for a World of greater Prosperity”.

Boao Forum is a non-governmental and non-profit international organization, which was formally inaugurated in 2001.

Pakistani Prime Minister will be one of the keynote speakers in the opening session along with Chinese President Xi Jinping, and other leaders attending the annual forum.