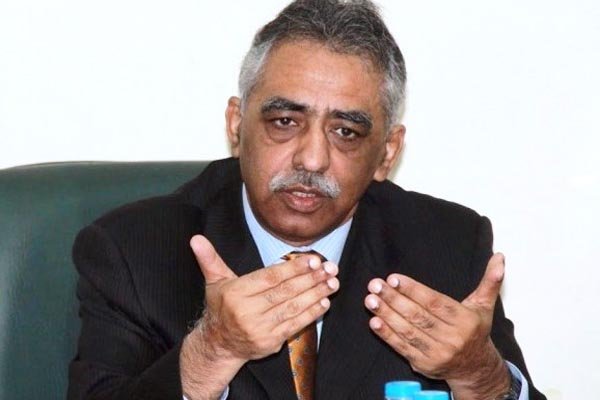 Pakistan President Mamnoon Hussain n Monday accorded his consent on a summary moved for the appointment of Muhammad Zubair as Governor of Sindh.

The President has signed the summary moved in that regard. The post of governor Sindh was lying vacant since the demise of late Governor, Justice (Retd) Saeed-uz-Zaman Siddiqui who had passed away on January 11.

Muhammad Zubair, who holds portfolio of Minister of State for Privatization/Chairman Privatization Commission, meanwhile talking to different TV channels expressed his willingness to work for the
speedy development and welfare of the province in collaboration with the provincial government of Pakistan Peoples Party.

About his new assignment, he said it would be a huge responsibility and resolved that he would work to promote good governance in the province.

Muhammad Zubair observed that Karachi was an economic hub of Pakistan and further efforts would be made to turn it into a trajectory for economic activities in the whole region. He said situation in Karachi had improved to a great extent in the last two and half years. The economic activities in Karachi
always had massive impact upon the overall business concerns of the country and all efforts would be made to give a spur to such activities.

Secretary General of PML-N Sindh Chapter and Convener of Senate’s Sub-Committee on Information, Broadcasting and National Heritage Senator Nihal Hashmi hailing the appointment of Muhammad Zubair as Sindh governor said: “This is a very good choice.”