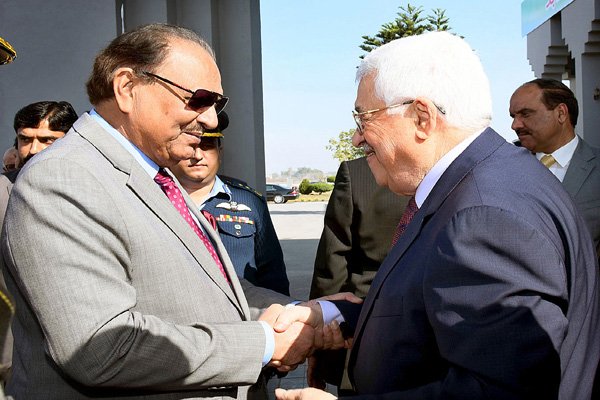 Mahmoud Abbas, President of Palestine on Wednesday concluded his three-day official visit to Pakistan during which he held talks with Pakistani leadership.

President Mamnoon Hussain bid farewell to his Palestinian counterpart at the Nur Khan Airport.
President Abbas was presented a photo album about his visit to Pakistan.

The Foreign Office said in a statement that the relations between Pakistan and Palestine had traditionally been strong. Pakistan consistently supported the creation of an independent, viable and contiguous Palestinian state, with pre-1967 borders and Al-Quds Al-Sharif as its capital.

Pakistan had also extended support to the Palestinian struggle for their independent homeland,
at all international forums, it added.