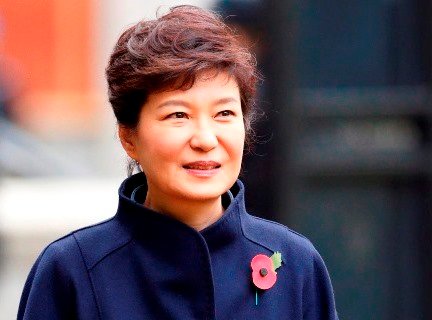 Official News Agency Yonhop reported this morning that South Korea’s National Assembly has officially set the date for the vote on the impeachment of President Park Geun-hye who is at the center of the corruption scandal rocking the country.

The anonymous vote will take place on Friday during the parliamentary session at 3:00 p.m., with the fate of the president to be ultimately decided by the country’s Constitutional Court. Under the parliamentary law, an impeachment motion can be put up for vote 24 hours after being reported at the parliament.

The opposition parties handed in the motion to parliament last week, saying that Park violated the Constitution and other laws by allowing her confidante Choi Soon-sil to exert power in state affairs and enjoy unlawful benefits. State prosecutors have accused Park of being Choi’s accomplice.

A successful passage calls for approval from at least 200 lawmakers from the 300-seat National Assembly. Accordingly, at least 28 lawmakers from the ruling Saenuri Party must give it a nod, even if every single opposition and independent lawmaker votes for the impeachment.

A group of non-Park lawmakers in Saenuri said it has secured support from around 40 lawmakers, but uncertainties remain, with some casting doubts on the level of support.

While the group earlier asked the opposition parties to exclude the sinking of the Sewol ferry, which left more than 300 dead or missing, as one of the grounds for Park’s impeachment, the main opposition Democratic Party said it has no intention to do so.

The opposition parties claim Park failed to protect the safety of the people as stipulated by the Constitution.

The Park dissenters’ group said it will continue to persuade the opposition parties, adding the issue remains one of the major hurdles for Saenuri’s participation in the motion.

Members of the splinter People’s Party also said they will step down if the vote is rejected.

Park loyalists at Saenuri continued to protest the motion, adding the parliament should instead seek a peaceful resignation for Park.

“It is still not too late to stop the impeachment, and have Park step down in April and hold the presidential election in June,” Rep. Lee Jung-hyun, the Saenuri chief emphasized.

Rep. Kim Moo-sung, former head of Saenuri, said although he approves of the impeachment, the opposition parties should not demand Park’s immediate resignation even if the motion is passed, adding lawmakers should wait for the Constitutional Court’s review.

Park said earlier she will “calmly” wait for the review, ruling out the possibility that she will step down by herself.

National Assembly Speaker Chung Sye-kyun said the parliament will not be open to the public Friday as requested by some opposition lawmakers, but said he will allow protests at the front gate.

Once the motion is passed, Park will be barred from the management of state affairs and her powers will be handed over to Prime Minister Hwang Kyo-ahn.

Among the key authorities of the president as stipulated by the Constitution are the control over the military, the right to clinch treaties with other countries, and the power to exercise vetoes.

Following the passage of the impeachment motion, the Constitutional Court will then review its legitimacy, with the proceedings to take upwards of 180 days. Park earlier said she will wait for the outcome, ruling out the possibility that she will step down voluntarily.

In 2004, the National Assembly passed an impeachment motion for late former President Roh Moo-hyun, although it was later turned down by the Constitutional Court. Park, who was then a lawmaker of the Grand National Party, the predecessor of Saenuri, also participated in the motion.

Rep. Choo Mi-ae, the head of the Democratic Party, voted for Roh’s impeachment, although Rep. Chung Dong-young of the People’s Party took a leading role in the campaign against his ouster. Both of them support the impeachment of Park at present.

During the Constitutional Court’s proceedings, Park will still receive the same protection and support as president. Her paycheck will also remain unchanged, although some duty-related expenses will be cut.

If the impeachment is approved by the court, Park will not be able to receive the benefits provided to former presidents. By law, former presidents are provided with pension, secretaries, drivers and medical coverage. An impeached chief executive, on the other hand, would only receive security protection.