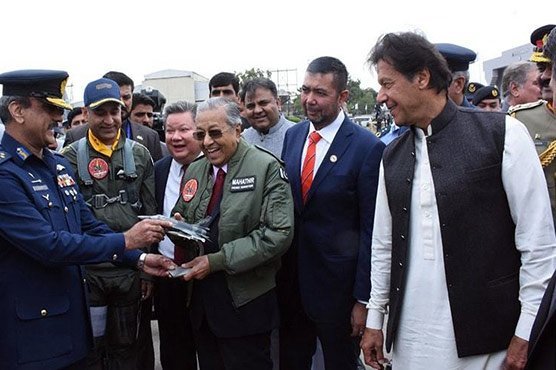 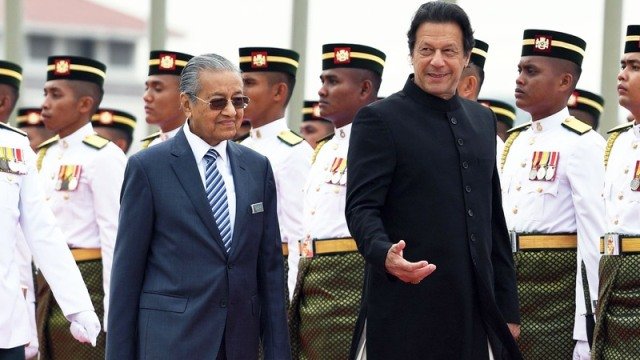 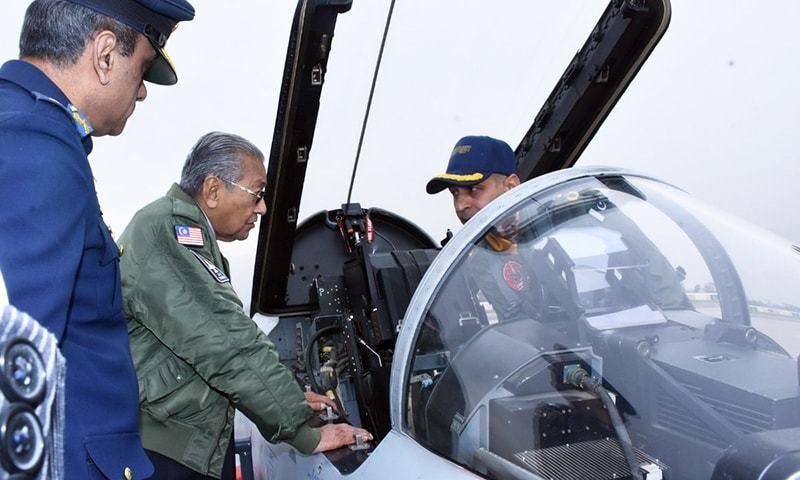 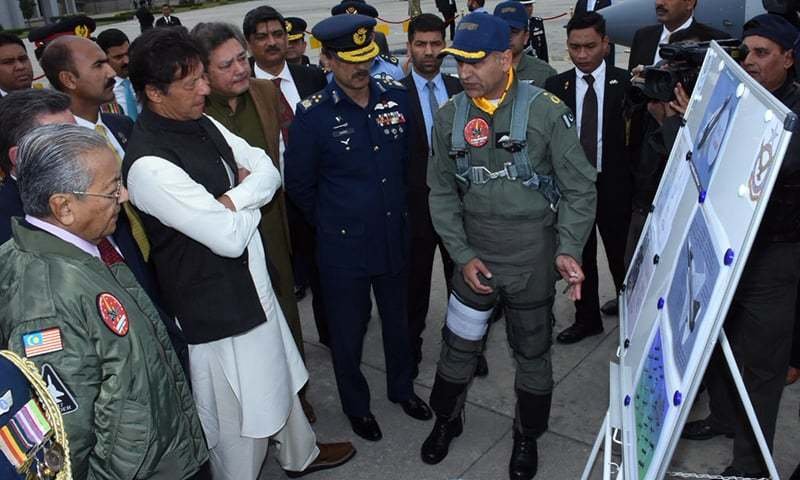 Malaysian Prime Minister Dr Mahathir Mohammad left for his homeland on Saturday on the conclusion of his three-day official visit to Pakistan.

Before the departure, the Malaysian Prime Minister was given a briefing about the light weight, all weather and multi-role JF-17 Thunder fighter aircraft. He evinced keen interest in its various qualities.

Dr Mahathir Mohammad, who was presented with a flying jacket on the occasion, also inspected the cockpit of a JF-17 Thunder and was briefed about its technical details by the officers of Pakistan Air Force.

Malaysia along with some other countries has shown their interest in procuring the JF-17 aircraft, jointly developed by Pakistan and China.

The JF-17 Thunder, recently used by the PAF in a dog-fight with Indian jets, had proved its metal by shooting down two Indian fighter aircraft.

During the visit of Malaysian Prime Minister undertaken on the invitation of Prime Minister Imran Khan, the two countries, besides discussing the prospects of enhanced trade and economic relations, also signed various memorandums of understanding (MoUs) and agreements for bilateral cooperation in diverse areas.