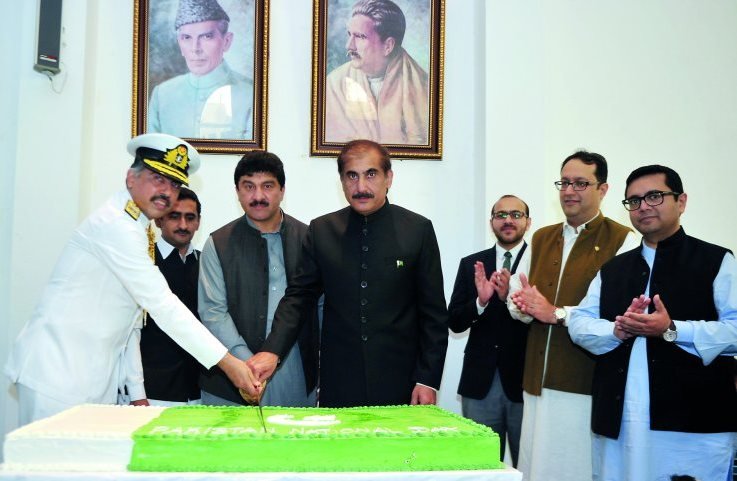 Pakistan’s ambassador to Qatar Syed Ahsan Raza Shah has said that the people and Government of Pakistan are looking for a visit by His Highness the Amir Sheikh Tamim bin Hamad al-Thani. He said that Amir of Qatar visit to Pakistan will further boost bilateral relations between both the countries. He was addressing to community members at the flag hoisting  ceremony marking the 78th National Day of Pakistan.

Shah said that Pakistan and Qatar have strong ties as two Muslim countries. They have strong religious, historic and cultural bonds. The recent visit by Prime Minister Imran Khan to Qatar is a proof of our bilateral ties.

He said that ‘It is the day when we reiterate our loyalty to our country. I am happy to welcome you all to the embassy. The oversees Pakistanis have very diligently been fulfilling their duties towards their country. The Pakistanis living in Qatar have been playing an exemplary role in further cementing ties with Qatar. I believe that the bilateral ties will further flourish in the near future’.

“I appreciate your role and expect you to continue playing your positive role in development and progress of Qatar. I also expect you to abide by the laws in Qatar. I believe if you remain united, you will flourish together.

Official messages from President and Prime Minister of Pakistan were read by Sarwar Hussain, Third Secretary at the embassy.

The Ambassador of Pakistan, Syed Ahsan Raza Shah along with embassy officials participated in the Cake Cutting ceremony.

Guests were served traditional breakfast of freshly made Puri, Channa and Halwa at the venue. Visiting Pakistani community members were seen very happy meeting and having selfies with their ambassador and members of the Pakistani forces in uniform on the occasion.