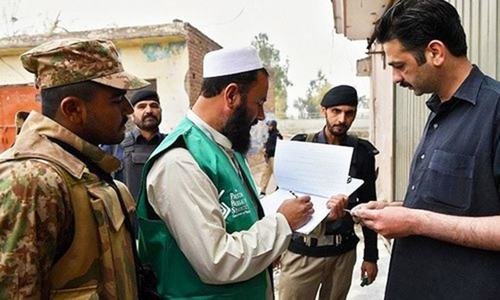 Pakistan’s population has reached to 207.77 million as compared to 132.35 million in 1998, depicting 2.40 per cent annual growth rate. This was stated in the provisional report of the 6th Population and Housing Census, carried out across the country from 15th March to 24th May 2017, which was presented to the Council of Common Interests (CCI) meeting, chaired by Prime Minister Shahid Khaqan Abbasi at the PM Office here on Friday.

According to the report, provisional figures for provinces are as follows :

Provisional Figures released today does not include Gilgit Baltistan and Azad Jammu and Kashmir, which is likely to be included in the final report.

36.4 % of total population of Pakistanis live in urban areas.

The Prime Minister appreciated the efforts of Pakistan Army, law-enforcing agencies, police, district administration and staff of PBS for completing the Census 2017.

The Prime Minister also lauded the brave sacrifices of Shuhada of Lahore blast and ten enumerators who lost their lives during the census operation.

The Prime Minister urged the Pakistan Bureau of Statistics’ staff and the Ministry of Statistics to ensure early completion of final figures so that economic and social planning of the country can be brought to scientific footing.

Margina­lised, attacked and frequently hit by blasphemy charges, religious minorities are hoping the country’s first census since 1998 will be a step towards greater political representation and rights.

In Lahore district’s Youhanabad, the largest Christian neighbourhood in Pakistan, activist Sajid Christopher says his community looks forward to standing up and being counted.

“The census will benefit us in two ways. Firstly, we will be able to know about our exact population as so far there has been only guesswork,” he said.

Fast-growing Pakistan is the sixth most populous country in the world, with an estimated 200 million people, but has not held a census for nearly two decades, despite a constitutional requirement for one every decade.