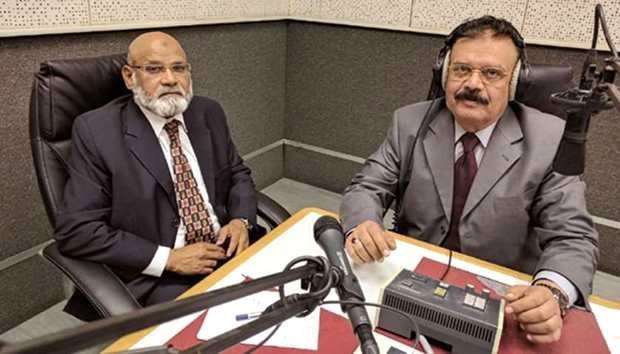 Qatar was able to successfully defuse the Gulf crisis and stop it from expanding further because of its strong and effective diplomatic policy, a seasoned career diplomat said yesterday.

Mohamed Sarfaraz Khanzada, former ambassador of Pakistan to Qatar, told the live radio show Haqeeqat on Qatar Urdu Radio that the diplomatic wing of any country starts functioning in full force during a time of crisis, regardless of whether it’s a natural disaster or a political crisis.

“The siege on Qatar was suddenly announced on June 5. There were no apparent tensions between any of the GCC countries so many people were surprised about why neighbouring countries of Saudi Arabia, the UAE and Bahrain wanted to cut diplomatic ties and shut down air, land and sea routes with Qatar,” he said.

He added that in the aftermath of the siege on Qatar, the top priority of the leadership was to defuse the crisis: “Qatar’s top priority was to immediately make sure that the crisis doesn’t expand further and three months later we can see Qatar’s government has been successful in achieving that goal,” Khanzada pointed out.

Khanzada, who elaborated on Qatar’s diplomatic policy during the recent Gulf crisis, has served in the diplomatic missions of eight countries, including Saudi Arabia and Bahrain. H also served as the head of the Pakistani mission in Qatar from 2011-2013. Haqeeqat, which aims to engage and interact with the large South Asian expatriate community in Qatar, is a joint venture of the Gulf Times and Qatar Media Corporation Urdu Radio.

It is broadcast from Sunday to Thursday on FM107.