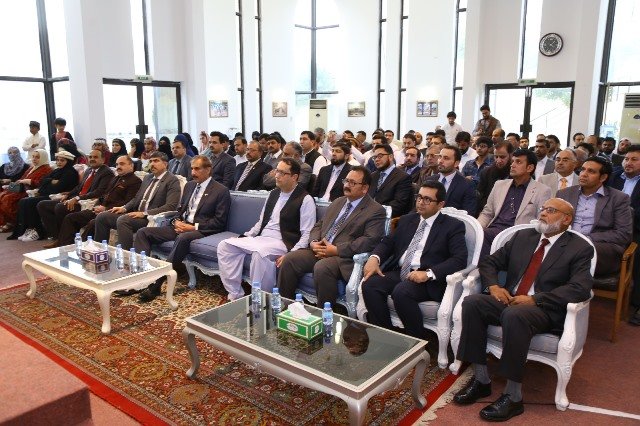 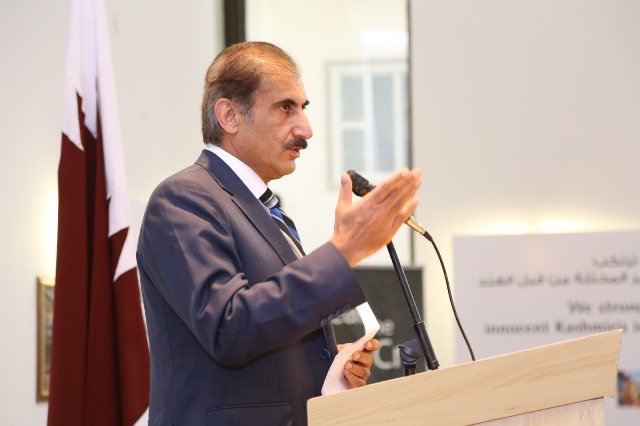 To express solidarity of people and government of Pakistan with the Kashmiri people, representatives of the Pakistani community and the civil society observed “Kashmir Solidarity Day” at the Embassy of Pakistan Doha.

The observance of the Day every year is aimed at highlighting the illegal occupation of Kashmir by Indian forces; the plight of Kashmiris in the face of ongoing Indian state terrorism and the imperative need of resolution of the dispute in accordance with the aspirations of Kashmiri people. In his remarks Ambassador of Pakistan to Qatar Syed Ahsan Raza Shah said that for the last seventy one years the people of occupied Jammu & Kashmir have continued their valiant struggle for right of self-determination despite the overwhelming oppression and gross violations of their fundamental human rights by Indian occupation forces. Ambassador referred to the recent report of the Office of the UN High Commissioner for Human Rights which has chronicled the massive ongoing violations of human rights in Indian Occupied Kashmir adding that the oppression of Occupation forces has failed to diminish the struggle and desire of the Kashmiri people to achieve their right of self determination.

Ambassador added “On this day, the people of Pakistan renew their resolve to continue their support for their brave and valiant Kashmiri brothers and sisters till
they achieve their cherished objective and Pakistan will continue its moral, political and diplomatic support for the struggle of the Kashmiri people in their quest to attain their right of self-determination.”

Representatives of the Pakistani community and Civil Society also addressed the gathering, highlighting the significance of the day and called upon the Indian
Government to stop its atrocities against the Kashmiri people as well as to find solution of the Kashmir dispute in accordance with the wishes of Kashmiri
people. The speakers re-affirmed their support for the resolve of Kashmiris to continue the freedom struggle despite Indian State terrorism, till the objective of
the right of self-determination, as enshrined in United Nations Security Council resolutions is achieved.

The audience witnessed a documentary on the sacrifices rendered by the Kashmiri people and the atrocities committed by Indian occupation forces. Special prayers were offered for the martyrs of the freedom struggle of the people of Occupied Jammu and Kashmir.