Al-Kaabi Holds Talks with US Secretary of Energy 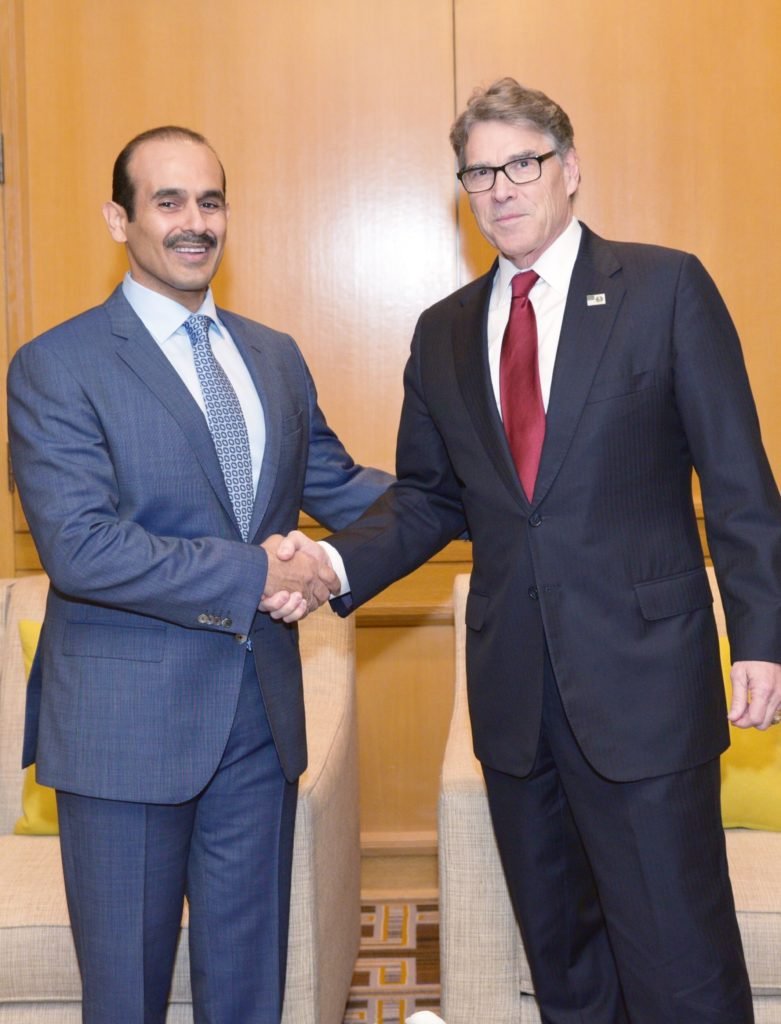 The talks centered on cooperation between the State of Qatar and the United States in the field of energy and particularly in the LNG industry.

The meeting came as Qatar Petroleum and ExxonMobil signed the investment agreement, paving the way for the construction of the Golden Pass LNG export facility, which will have a production capacity of about 16 million tons of LNG per year.

Al-Kaabi held similar talks with Frank Fannon, the US Assistant Secretary of State for Energy Affairs, on various aspects of energy cooperation.