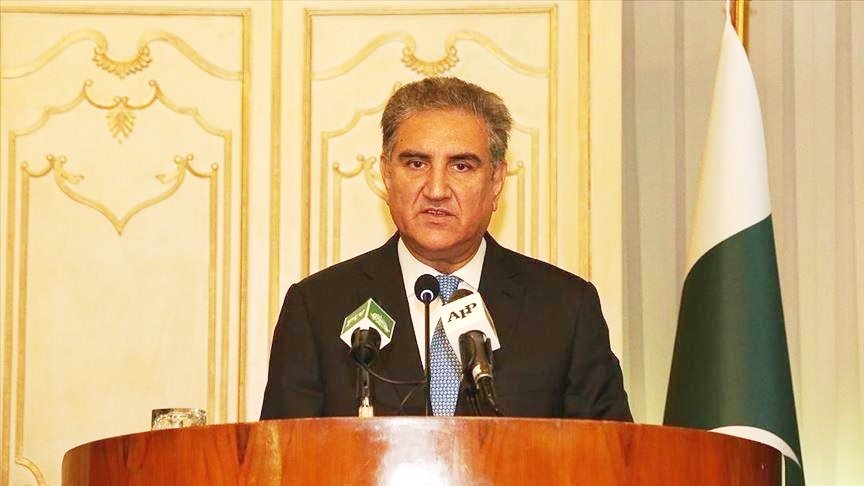 Pakistan on Friday demanded the UN immediately delist 10 fake NGOs identified by a Europe-based disinformation watchdog as being part of a massive pro-India disinformation campaign.

“Pakistan calls on the United Nations and the UN Human Rights Council to immediately begin investigation and delisting of the 10 fake NGOs created by India to malign Pakistan. We also call on the United Nations to create processes that ensure that the international system is not manipulated to such influence operations,” Qureshi said.

He also urged the UN Human Rights Council, UN High Commissioner for Human Rights, and the relevant special procedure mandate holders to take a serious look as to how a prestigious platform such as the council was misused.

“The United Nations Economic and Social Council and its NGO committee must scrutinize and make sure that the government-owned and sponsored organizations piloting this information and spreading fake news and hate are not able to gain any space in UN platforms, especially the Human Rights Council,” the minister demanded.

On Wednesday, the EU DisinfoLab exposed a 15-year-long campaign to “denigrate” Pakistan and Kashmir at international forums, spreading a disinformation campaign that targeted the European Union and UN with over 750 fake local media outlets and more than 10 sham non-governmental organizations.

The fake NGOs were traced back to the New Delhi-based Srivastava Group.

“The relevant authorities in Switzerland and Belgium in particular should investigate the finances and transparency of the relevant NGOs, registered within their jurisdiction,” Qureshi urged.

In Geneva, it used think-tanks and NGOs for lobbying, protesting and taking the floor at the UNHRC on behalf of “accredited” organizations.

In Brussels, the focus was on members of the European Parliament who were taken on international trips and solicited to write op-eds for fake outlets like EU Chronicle.

“We also urge the EU authorities to take notice of this massive campaign against Pakistan, and not let their legal frameworks and institutions be abused in such a blatant manner,” Qureshi said.

European Parliament members were taken on trips to promote the false Indian narrative of normalcy in Indian-administered Jammu and Kashmir, he said.

“We call on the European Union parliament to begin a credible investigation into the manipulation of the EU parliament, and its legislative process by these fake organizations involved in anti-Pakistan propaganda under a fully funded disinformation and influence operation, run by India,” he demanded.

“Pakistan will take all necessary actions to protect its interests. Once again, we warn the world to take heed of the RSS-BJP regime’s agenda which threatens regional peace and continues to manipulate the international system for its own nefarious ends,” Qureshi concluded.

Moeed Yusuf said India has breached international law, adding: “India has been exposed and we will continue to show the real face of India to the world.”