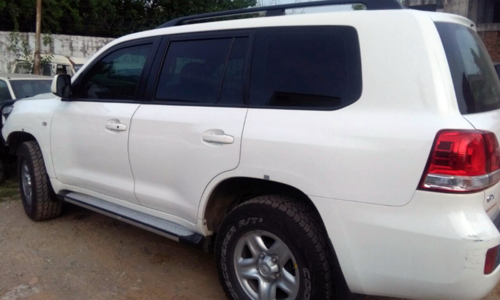 The federal government on Tuesday informed the Islamabad High Court (IHC) that the American diplomat who rammed over a biker in Islamabad cannot stand trial in Pakistan because of diplomatic immunity.

However, the diplomat has been put on the black list and thus, cannot leave Pakistan, according to Deputy Attorney General (DAG) Raja Khalid.

Earlier this month, a military attaché Col Joseph Emanuel Hall had rammed his vehicle into a motorcycle in the federal capital, killing a citizen Ateeq Beg and injuring his cousin. He had escaped arrest because of diplomatic immunity but a first information report (FIR) regarding the incident was registered with Kohsar Police Station.

DAG Khalid informed the IHC on Tuesday that placing the diplomat’s name on the Exit Control List is a very lengthy process and, as things stand today, he can neither be arrested nor can his trial take place in the country.

He added that the Vienna Convention gives diplomatic immunity to the American military attaché so he can be tried only if his immunity is withdrawn.

Justice Amir Farooq, presiding over the case, ordered the Ministry of Foreign Affairs to submit its reply in the case following which the director general (DG) protocol appeared in the court and said that the United States has been contacted on the issue of diplomatic immunity for Col Hall.

Being placed on the black list would mean the diplomat’s movements would be limited and monitored.

During last week’s hearing, Justice Farooq had remarked: “Him being a diplomat does not mean he can kill our citizens.”

The judge had also reprimanded Kohsar SHO for failing to take the accused’s statement and conducting a blood test following the incident, saying: “The police itself destroys cases this way.”