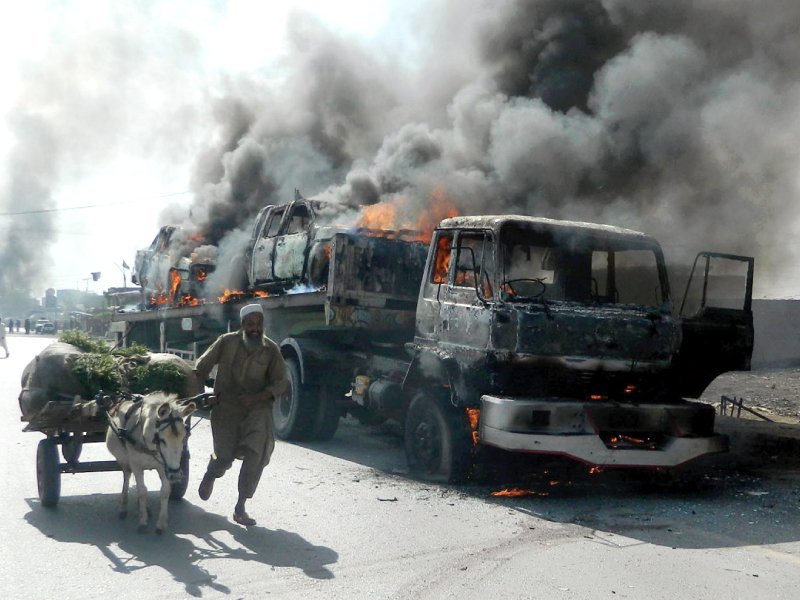 Two container truck carrying Nato supplies to Afghanistan were set on fire by unidentified miscreants on Bara Road near Jalandher village in Khyber district of Khyber-Pakhtunkhwa on Friday.

A security official told The Express Tribune that the attackers fired gunshots at the trucks, forcing the drivers to abandon the vehicles and escape.

Later, they set the trucks on fire. The drivers remained unhurt. One of the drivers requesting anonymity said the trucks were transporting four armored vehicles for Nato forces.

Police officials said security forces had launched a search operation in the area.