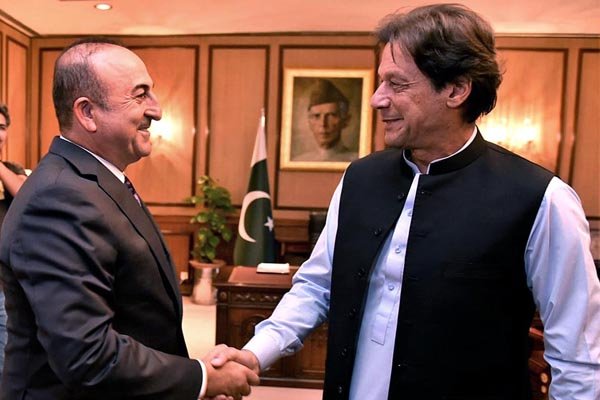 Prime Minister Imran Khan on Friday said Pakistan and Turkey have the required potential to forge an even stronger partnership in future.

Talking to Turkish Foreign Minister Mevlut Cavusoglu, who called on him here, the prime minister said that Pakistan and Turkey were bonded by common faith, mutual interest, and a shared future for the people of the two countries.

Both the countries have always stood beside each other and would continue to do so, the prime minister said.

Turkish Foreign Minister Cavusoglu is on an official visit to Pakistan to convey to the new government greetings of President Recep Tayyip Erdogan and the people of the Republic of Turkey. He also congratulated the prime minister on his victory in recent elections in Pakistan.

Cavusoglu reiterated Turkey’s full support to Pakistan government’s future plans to take the country on a rapid course of economic progress, developments and creating greater opportunities for the people of Pakistan, especially its vibrant youth.

Ideas covering promotion of bilateral trade and Turkish investment in various sectors including energy sector of Pakistan were also discussed. Both sides reiterated their commitment to continue working closely in various multilateral and international forums including the United Nations and Organization of Islamic Cooperation.